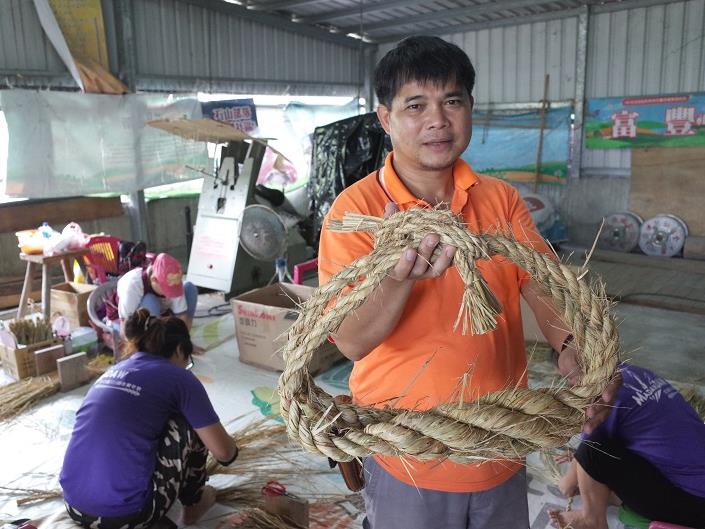 Kakawasan Tribe Is Leading Young People to Come Back to Hometown

Previously Working in the Insurance Industry, Mr.Sung Switched His Career Path and Shouldered the Responsibility of the Tribe Affairs

Mr. Sung used to work in the bank for more than 10 years, yet it didn’t help him survive the financial crisis. Then he decided to quit and went back to his tribe, changing his career path to insurance. When he sold insurance policies, he noticed the distress his tribe suffers. He started to handle the tribal affairs after assuming the position of the tribal chairman. He was later elected as the chairman of Kakawasan Community Development Association. He was concerned about tribal affairs. As his position changed, Mr.Sung focused on how to promote the tribe. Mr.Sung also decided to propose “Tribal Development Plan” to Indigenous Peoples Commission and do 3-year-long research since then.

“There is nothing special in Kakawasan.” Mr. Sung confessed. The tribe was moved here in 1980. Although it’s an Amis tribe, the houses here are all Minnan-styled construction made of concrete and brick. The tribe is away from mountains and sea. Most of the people here make a living by farming. There is nothing special in the tribe! There was not a cornerstone to start a business, which really gave him a headache.

However, Mr. Sung began to explore the tribe owing to Tribal Development Plan. He noticed that women here love shell-ginger weaving and they are also good at it! He discovered that most of the locals love to use shell-ginger leaf for weaving. Every part of shell-ginger can be used. The pressed dried shell-ginger stalks are used to weave shell-ginger mats and baskets. Most of the women in the tribe are very skilled at weaving, so Mr.Sung decided to promote the business relating to shell-ginger.

The locals gathered and cooperated to make the shell-ginger weaving products. Some of them went to the mountains to get shell gingers. Another dried and pressed them and the other finally delivered them to the women and girls for weaving. Making woven baskets and mats required stems of the same width. The most of left parts are the so-called remnants. Mr. Sung always felt bad when these remnants were tossed to the fire to be burned.

“It is not easy to get shell gingers!” Mr. Sung told us. These shell gingers are gathered by lots of people. Through a complicated process, shell gingers are made into weaving materials. Shell ginger stems are flexible, water-resistant, sturdy, and durable with a light floral fragrance. It is such a pity to burn all the remnants. Thus, he called a meeting to gather women and girls in the tribe to bring some remnants home, trying to come up with some new ideas to create mass-produced woven products. 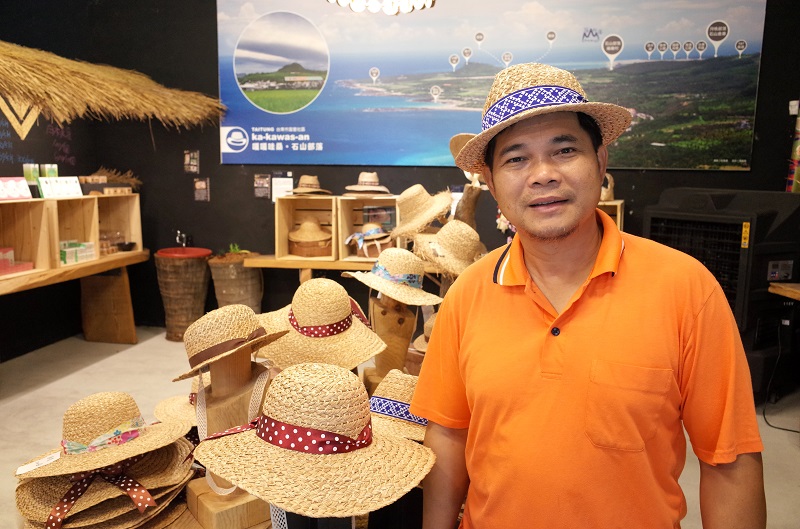 Shell-ginger leaf hats made by the locals lead by Mr. Sung are very popular. (photographed by Huang Zhi-Jia)

Mr. Sung spent lots of time looking for equipment to make shell-ginger leaf ropes. He finally found the manufacturer. When he saw ropes made of rice straws, once again, he grabbed the chance to make a fortune. He assessed the production for making shell-ginger ropes as well as the possibilities of introducing the ropes.

According to Mr. Sung, many locals in their tribe rely on agriculture for livelihood. Rice straws are usually burned or buried after harvest. If rice straws can be made into any products, it is a good chance for benefits. Thanks to the help of the equipment manufacturer, Mr. Sung reached a consensus with the company exporting Shimenawa (straw ropes). They invited potential Japanese buyers to visit the tribe and finally reached a cooperation agreement.

Shimenawa (straw ropes) can be found in temples in Japan. Shimenawa made of rice straws is hung on the beams and tori at the entrance, accompanying a sense of solemnity and praying for good luck. The OEM of Shimenawa breathes new life to the rice straws of the tribe. The locals even developed the Shimenawa amulets to pray for romantic love, career, and good grades. 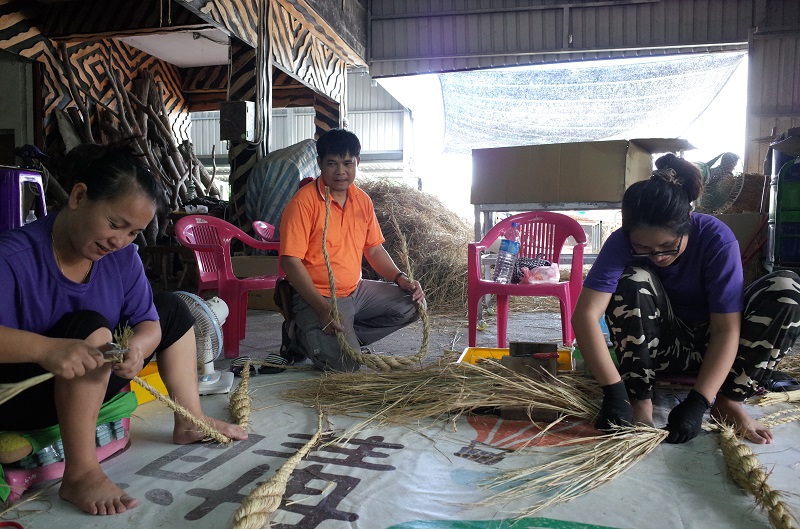 According to Mr. Sung, the subsidy from“ Multi-Employment Promotion Program” of the Ministry of Labor allows the tribe to have more money for manpower and controlling the materials. Last year, after Typhoon Nepartak, in order to promote their industrial upgrade, “Empowerment Employment Program” is used instead. Eight locals got employed and more people may participate in necessary training. More designs and products are thus developed.

Kakawasang Community established the Eastern Coastal Aboriginal Community Cooperative in 2012 and business opportunities are created through cooperation among tribes. Mr. Sung said the popularity of shell-ginger hats has attracted retailers all over Taiwan to place orders. Currently, the demands for shell-ginger hats are greater than its supplies. Shimenawa is also sold well. Market channels are not problems anymore. Therefore, the objective for the cooperative is to involve more tribes to join the industry chain and to divide work into different parts such as collecting, preparing materials and weaving. With the joining of Tolan Tribe at Donghe Town and tribe in Kuanshan Town, the industrial chain has gradually formed.

“If young people can make a living in the tribe, they would surely want to come back!” Mr. Sung said. The resident population in the tribe is only 400 and most of them are middle-aged and old-aged people. However, since the sales for shell-ginger hats and Shimenawa are getting on track, young people return the tribe. We can see some couples strive to work together and take care of their elders at the same time. Mr.Sung said with a smile, “With these young people involving, our tribe looks so lively and the future looks hopeful!”