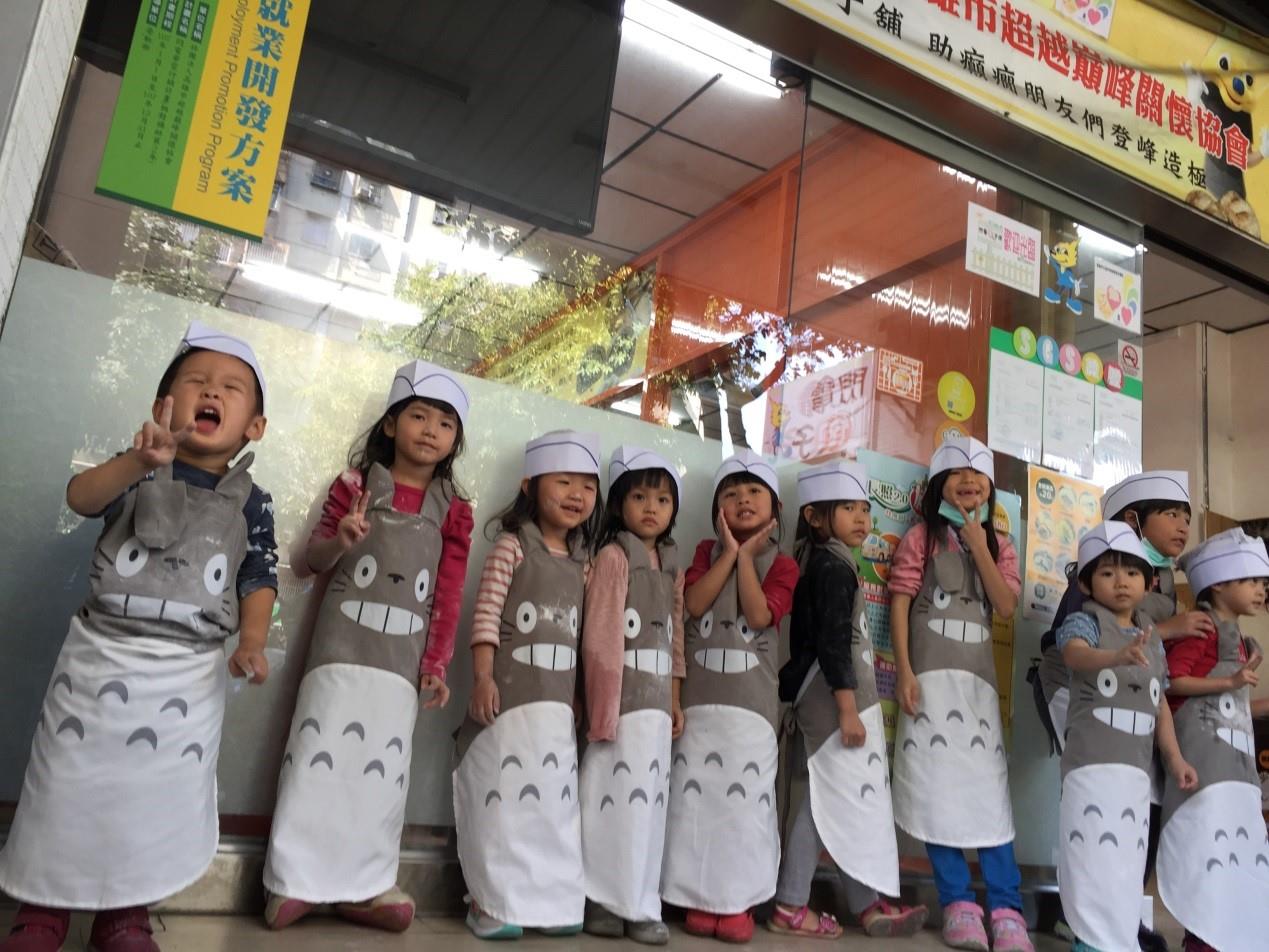 It is hard to imagine that a social welfare institution could achieve amazing success and receive recognition simply by selling steamed buns and steamed bread. Kaohsiung Epilepsy Association's project manager Hsiao Chun-tse said, "The process has been very difficult, even painful at times. However, we have the 'pressure' from WDA which helped us to reach our achievement today." This heartwarming story stems from care towards epilepsy patients in Kaohsiung City.

The association was founded in 1995 with the goal of promoting correct knowledge regarding epilepsy among the general public and protecting patients' rights. Hsiao Chun-tse said, "In the past, there were many negative stereotypes surrounding epilepsy patients. Seizures were often misunderstood as psychotic episodes or drug addiction. To this day, the association is committed to visiting communities and campuses to teach the public about epilepsy, and how to provide appropriate assistance when a seizure happens."

Aside from educational events, the association also helps patients enhance their vocational skills with different options such as handicrafts, gardening, and bakery. However, due to shortages of equipment and funding, the main focus of bakery training became making steamed buns and steamed bread. These are relatively easier to make and can be simply created by hand, and the required equipment is rather accessible. No one had ever imagined that these items would become the association's staple products.

Hsiao Chun-tse said, "People know that there is a 'steamed bun shop', but they don't necessarily know that it's run by a social welfare organization. There are also customers who know that the buns are made by a social welfare organization or NGO, but have no idea that they are made by epilepsy patients. When consumers hear the story behind our products, they are often surprised that the patients are able to make such high-quality products."

The association began selling steamed buns around 2010. Back then, they had little equipment and no physical buildings as a store. Promotion relied on words among patients, and buns were only made for reservation. The association wanted to create more employment and entrepreneurship opportunities for its members with epilepsy. Therefore, when their application for a Social Type Project of MEPP from WDA was approved in 2013, they began setting up stores and hiring epilepsy patients through the project. In 2014, they also applied for an Economic Type Project of MEPP. At that point, they began thinking about how to transform and market the steamed bun shop to create more job opportunities. There are currently two stores in Kaohsiung City. In the beginning, said Hsiao Chun-Tse, the display of stores was not organized, and patients made a wide variety of products with the association's assistance. Customers had a hard time to see what the stores were selling which left a bad impression behind, and the number of orders was abysmal. It cost us an arm and a leg along the process. Thankfully, with the help of WADA's consultation team and discussions with the team, the association gradually found its way and developed a suitable business model.

Hsiao Chun-tse and members of the association also sold steamed buns and steamed bread at traditional markets around the city. They tried to gain recognition and boost sales, but sometimes their earnings even failed to cover the cost of fuels. After a year of attempts, they decided to regularly attend just one or two markets suitable for them.

After the online shops received recognition, the positive reviews on the Internet attracted the interests of renowned department stores, which then invited them to set up a permanent stall. Thus, the brand expanded its reach, but Hsiao Chun-tse said, "Actually when you subtract human resource costs and rent, our overall earnings are not ideal." Virtual sales channels also have platform listing and shipping fees. The association strives to keep the stores running with the primary aim of increasing visibility.

As the association's steamed bun business became more commercialized, the counselors from WDA reminded them that they should "find a balance between finding franchise opportunities and social welfare". After lengthy discussions, the association decided to establish a food truck selling platform.

The association made many attempts to help epilepsy patients develop useful skills. However, they discovered that the biggest problem is notability. Inadequate social interaction and interpersonal communication skills make it hard for patients to be accepted into regular companies. Also, some companies worry about workplace safety issues related to epilepsy patients.

The association currently operates as a platform. It allows epilepsy patients to franchise the steamed bun shop through food trucks. The steamed buns and steamed bread are made in the association's kitchen and sold in stores. Kitchen staff and storekeepers are also primarily epilepsy patients. Food trucks are located within a five-minute scooter ride from the store, near places like schools, MRT stations, and bus stops. Food trucks are dispatched for a fixed period of time each day, i.e., no more than three hours, at two locations in the morning and afternoon, respectively. The store supplies food trucks with semi-finished products that only need to be heated before selling. Each food truck is operated by two epilepsy patients. If a patient has an episode, the other can report back immediately, and the store will send someone over immediately.

The association also provides DIY courses of making a steamed bun and steamed bread for families to attend. The special-shaped candied fruit and rose steamed bread are very popular. The point of these classes is not to make a profit, but to cultivate group sales. So-called "group moms" promote the association's steamed bun products through Line chatting groups and Facebook groups. These effect of ‘group moms’ is not about money since promoting steamed buns does not make as much money as a regular company. However, they get to share the association's story. Many group moms are happy to promote and share these products since they regard these group events as doing charity work.

These group moms organize group procurement events, while the food trucks come in handy as pick-up points, creating a complete sales model. Hsiao Chun-tse said that the association's goal is to have five food trucks in each of the two stores, i.e., ten locations in total. This way, the stores can gradually step back and concentrate solely on manufacturing. The association is currently coming up with a plan to transform the business, perhaps combining tourism with steamed bun and steamed bread products. Nonetheless, their priority is still establishing a stable food truck model.

As the association's cooperation with the MEPP enters its seventh year, the operation of the steamed bun shop has gradually gotten on track. Hsiao Chun-tse said, "Thanks to the Workforce Development Agency for their continuous support. They gave us a lot of strength. Even though the association doesn't have enough human recourses like a typical company, we have tackled things step by step, developing our own identity and brand image." 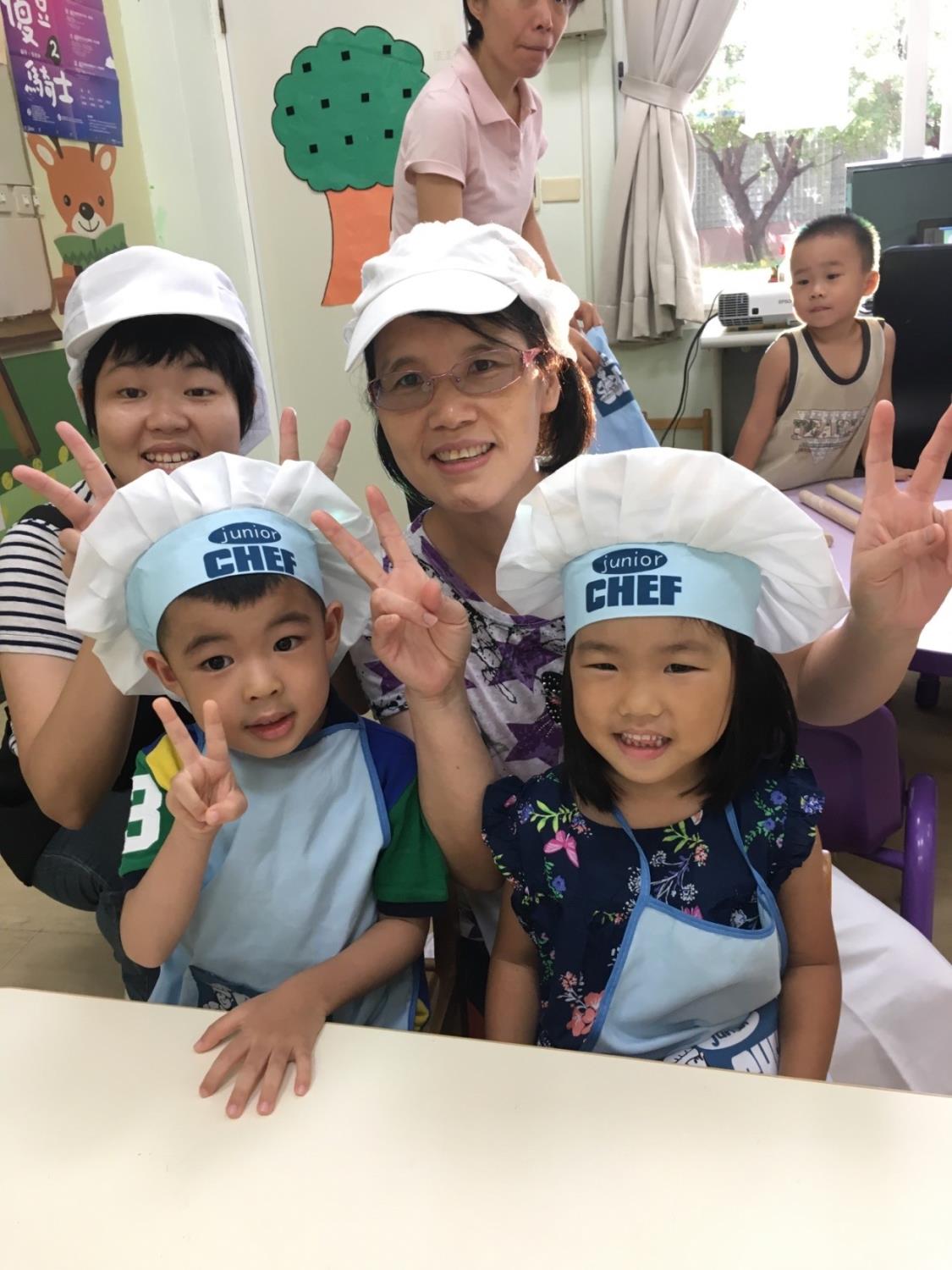 ▲The association's steamed bun shop provides DIY courses for families to attend. They are immensely popular and fully booked for the whole coming year. 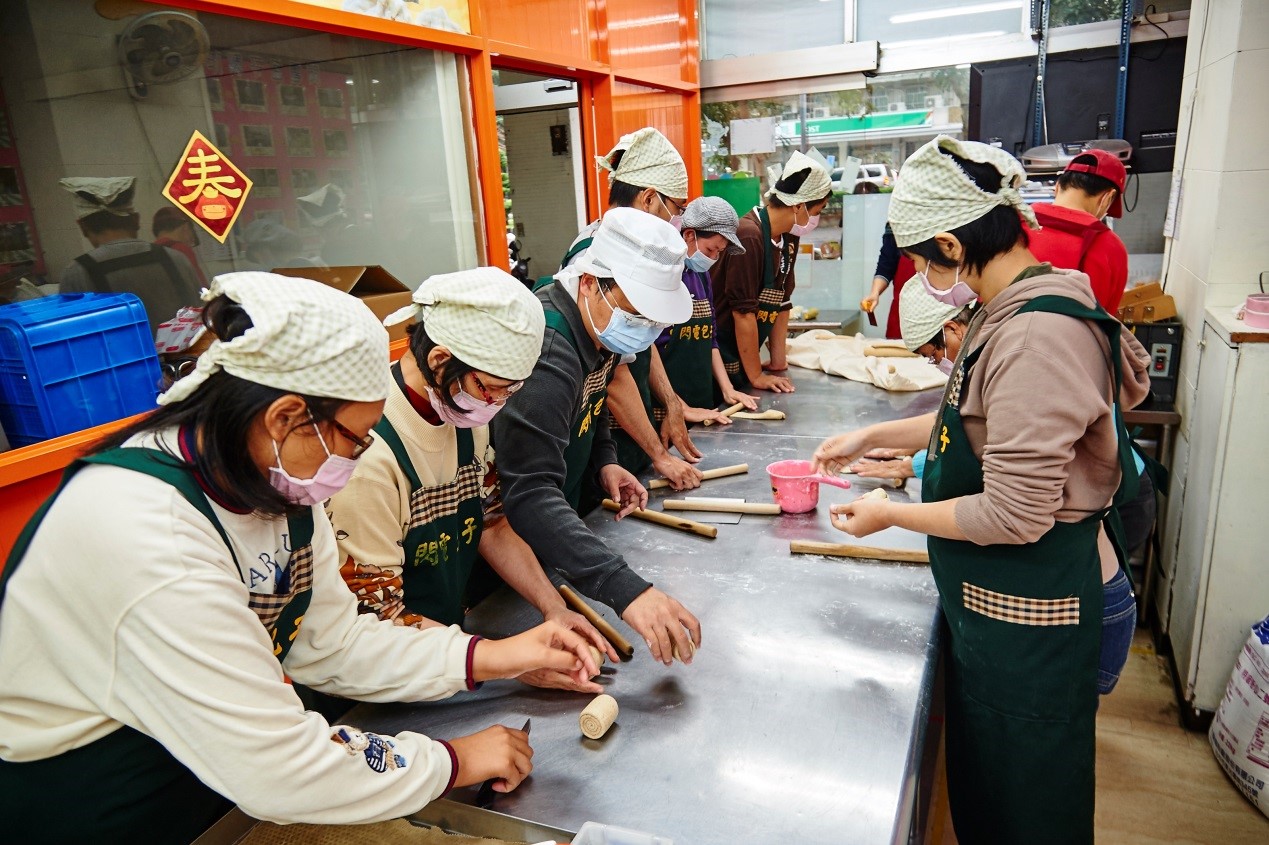 ▲The association teaches epilepsy patients how to make steamed buns and steamed bread.

They have been successful in manufacturing, running stores, and even developing the current food truck franchising model. 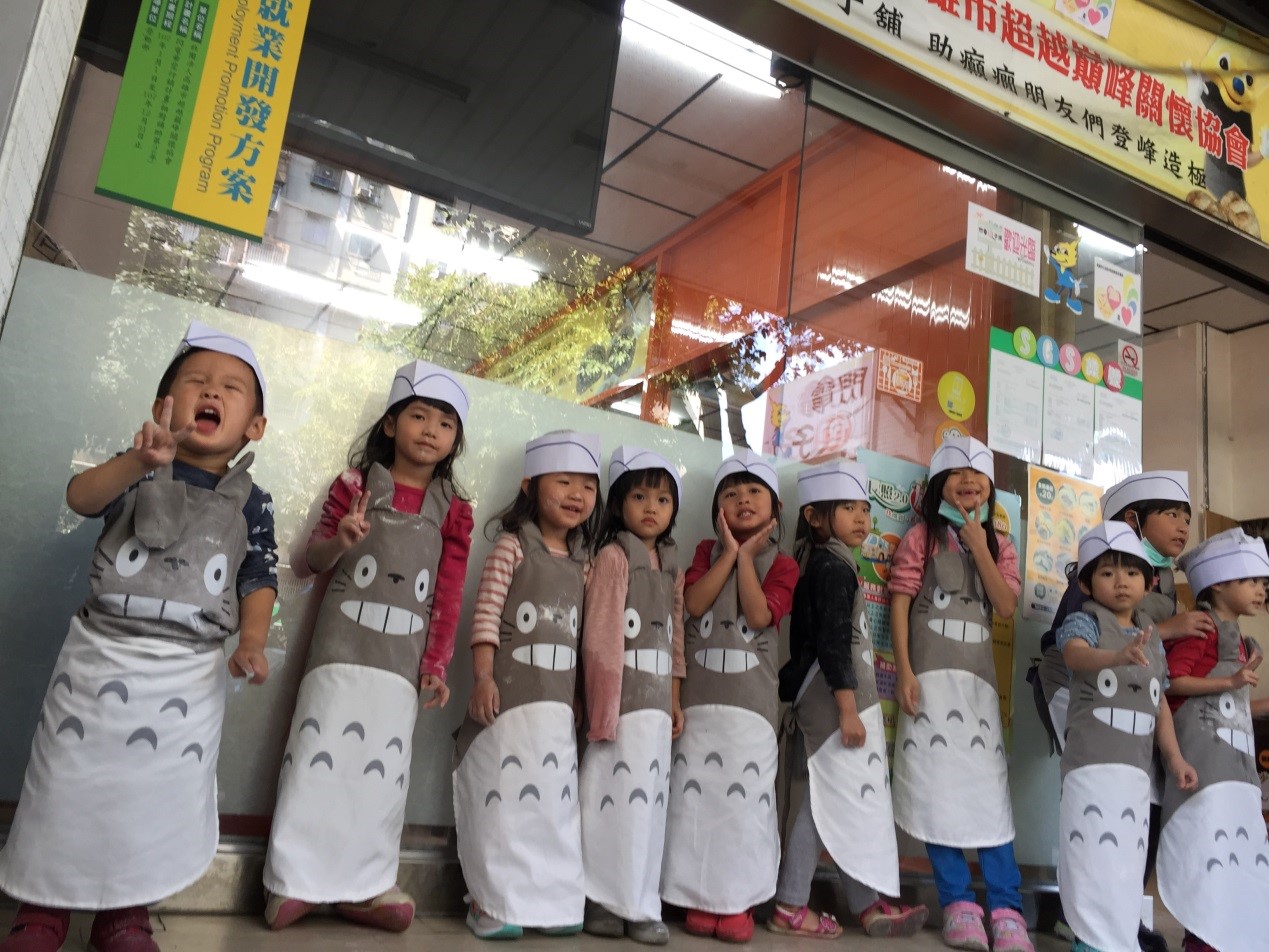 ▲Kids can experience what it's like to make steamed buns in the association's steam bun DIY classes for families.