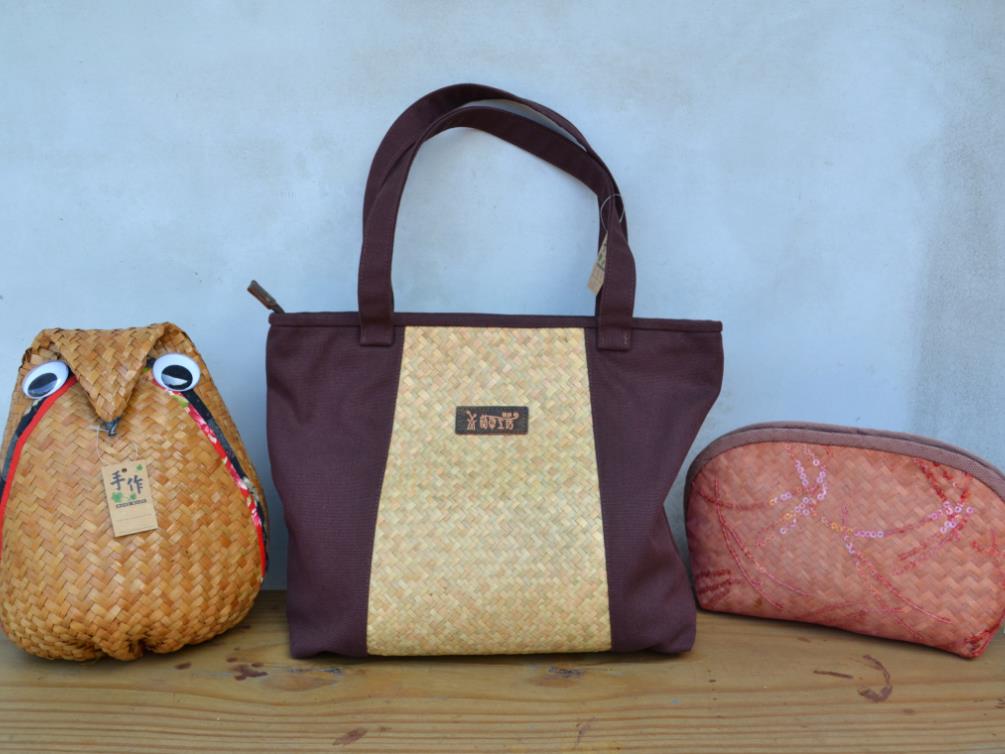 With the assistance of human resources from Multi-Employment Promotion Program (MEPP) subsidized by Workforce Development Agency (WDA), Ministry of Labor (MOL), the texture and design of their products were improved. At the same time, the Association was recruiting talents to engage in the promotion of community affairs, which created an environment for mutual learning that enhanced peoples' capacity. The Association also cooperated with neighboring communities to expanded channels of development for the local industry. So far, except for the sales bases in major scenic spots, their brand has been promoted to major hotels and the online shopping platform of China Airlines. Participating in unveiling brand visibility and dominating the current fashion, their cultural innovation went viral. 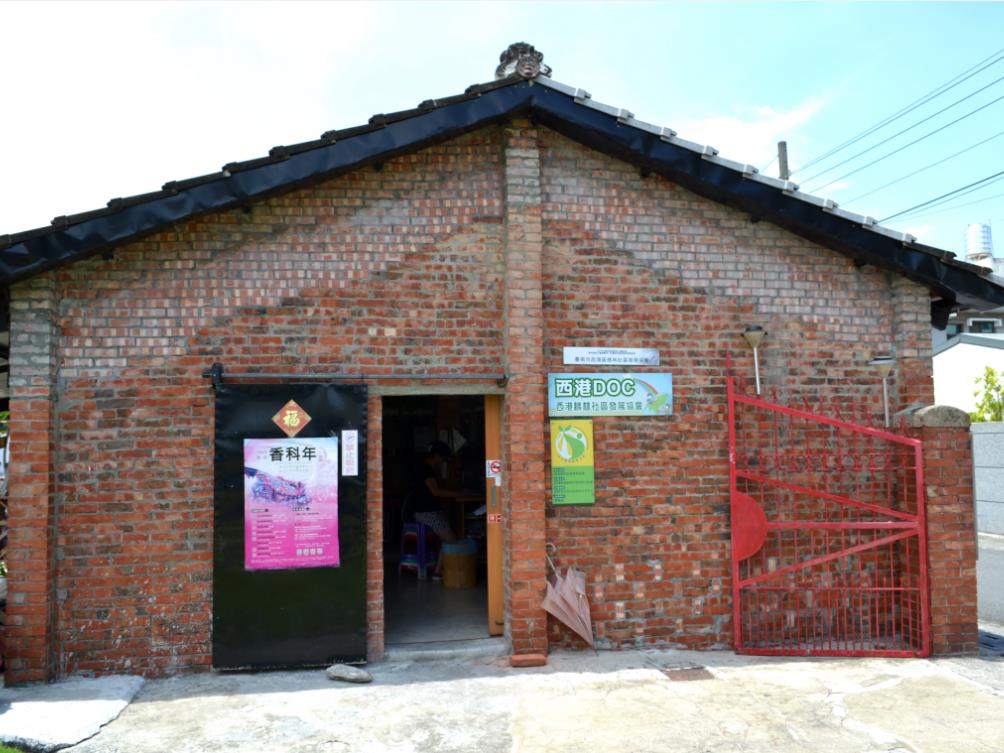 Transition in Tradition, A General Assembly in the Community

"Tainan City, a place with the most historical traits, is famous for its abundant production in marine and agriculture from north to south. The coastal fisheries are prosperous, and inland agriculture is also quite sophisticated." Playing the leading role of producing sesame, Shelin possesses the only bulrush mat factory in Taiwan. After the mat industry faded away, the locals would like to keep the traditional bulrush industry.

They developed bulrush-based products like bags and purses and innovatively promoted them to make the industry shine again. The bulrush crafting industry goes steady under a systematic organization after the General Community Construction Program launched by the Cultural Affairs Bureau of Tainan City Government.

When the City Government sent their orders of 2500 bulrush bags for the inauguration ceremony, the village chief called up everyone. In contrast, one group was in charge of sewing, the other master the post-production. The Community Activity Center acted as a small factory manufacturing bulrush product. At first, they invited Master Yung-wang Chang, a local profession of bamboo weaving techniques, to teach everyone. However, since the textures of bamboo and bulrush are different, which is an area that Mr. Chang not familiar with, they turned to sew professionals to teach them how to make bags.

Since they are all beginners, it took a while to learn. Still, the people in this community were diligent, and they helped each other. As their debut products received excellent feedback, they decided to take 200 case orders, which enabled them to pave the foundation for the local industry. Later, they found a place for setting up their workshop. National Conscription Agency sent in-site human resources in the local District Office. Service members under community construction substitutes who majored in departments of architecture, civil engineering, landscape architecture were assigned to Shelin to help the workshop construction. The servicemen sketched, and the senior masters took care of the ancient building engineering. As the construction finished, the Association applied Multi-Employment Promotion Program (MEPP) as a helpful resource to help extend organizations and to expand forms of the bulrush industry.

Since their techniques are not well-polished, they started from simple products like tea coasters then extended to new items with the much-supplicated design. So far, the product line includes handbags, coin purses, cutlery boxes, and pencil cases. However, being not with a sense of cost and concerning customers' volition to purchase, the prices were rather conservative. Besides, they missed to calculate wages in cost, and the accounting result was a loss. In the application review meeting of the MEPP, the committees suggested that products require identical orientations, their bulrush production could transfer to crafts instead of daily items.

Based on the above factors, they adjusted the way they conducted this program by setting product value and prices to increase income. Some customers are aware of the value, so they are willing to take higher prices. Other factors like the consumer behavior differences between Northern and Southern Taiwan also drove the Association to pin the price at the end customers to maintain sure profits. To customers, the purchase action depends on the value of the product. Great products with a significant price would not change their mind. The Association improved in the second year as they fetched the target market and made the right choices. 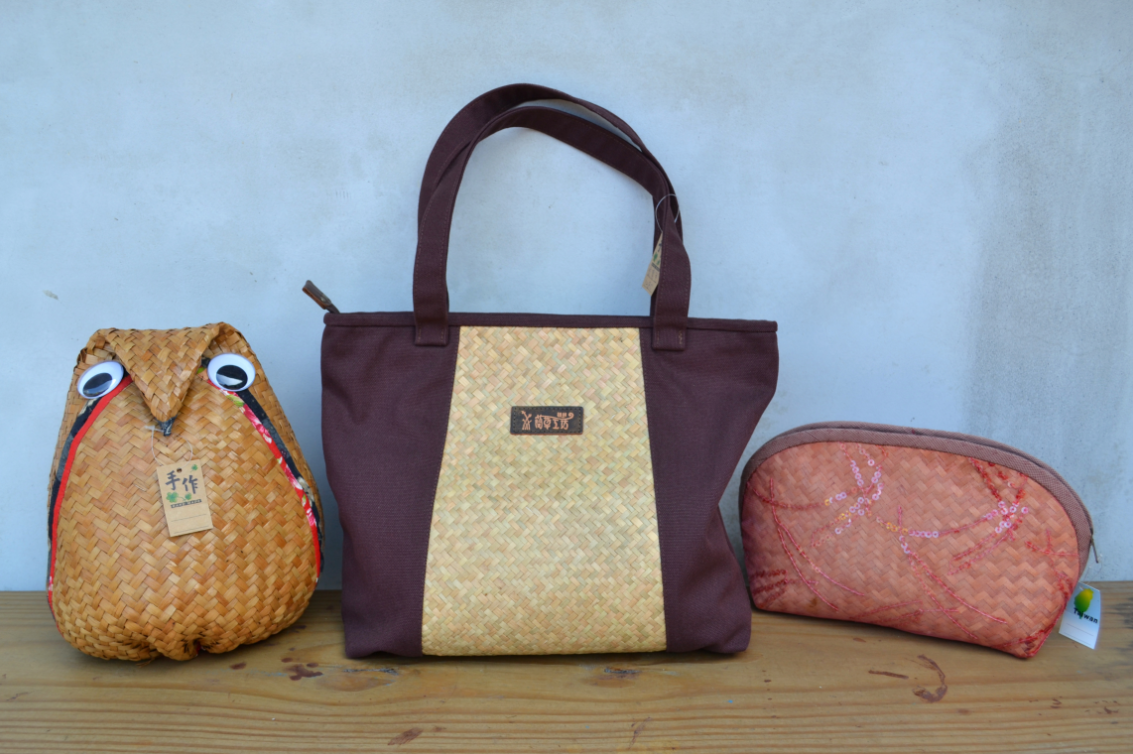 One of the "Community Moms," Ms. Jin-yun Gao, was responsible for the production and teaching, spent effort on the industry, and contributed to the ingenuity of various bag designs.

Comprehensive Channels with Your Brand

"Many community products are exquisite, seem suitable for long-term development, but it ends naturally. Why? Since the production line could be managed simply by one person, the community and the industry would collapse simultaneously, and this problem has long existed." Therefore, Shelin Community anchored their model as a group work rather than the extent of personal business to avoid private orders. In this way, they can assemble the community's population and create expected profits as an optimal, sustainable development.

One of the disadvantages of villages is limited volunteers. Unlike the urban areas, human forces for voluntary services are common to assemble, such as the retired population. Most of Community Moms can produce bulrush products. However, marketing professionals are not familiar with rural areas like Shelin. Without sales channels, the order of bulrush products wouldn't grow. Therefore, the Association sought cooperation with local elementary schools and looked for store sites. "Started from setting an iconic brand image at the beginning, rather than the route of OEM production in terms of strategy, there is a different perspective."

Coincidences mean you're on the right path. The General Manager of the renowned Forward Hotel, Ms. Tseng, comes from Yanshuei District, Tainan. She arranges exhibition areas for bulrush products in the hotel spaces out of her recognition of traditional Tainan crafting. The bulrush crafting went viral. It can be seen in different popular tourist sites and industries, such as cultural and creative industries in the Jiufen area of Ruifang District, New Taipei City, Millennium Hotel Taichung, and Taijian National Park in Tainan.

The Association takes advantage of various resources, including governmental programs, and sets up Facebook Pages to increase fan engagement. Tourists can find an endorsement of traditional buildings while they practice DIY bulrush crafting. As the community gained attention, channels for brand information popped out. The bulrush industry draws foreigners and bloggers from Japan; its promotional short film was so impressive that it introduced an enterprise from Okinawa to visit the workshop.

From the early turbulence to gradual settlement, the Association learned and grew. With everyone work together, the community has walked so far. There was an iconic character worth mentioning in this community, Chin-yun Kao. She was a well-trained cloth OEM staff who delivered training sessions in the local bulrush workshop. Her significant dedication was outstanding handbag designs in the Shelin bulrush industry. Unfortunately, she was taken away by illness. Her last words showed her firm grip on their bulrush workshop. She wished a sustainable way for the local industry, which moved the local people into their hearts. It turns out that the regional sector emerged from affection and culture. It's more than just products. With the assistance of MEPP, it started from the nuclear members to the general assembly in the community, which accelerated its development and transition is to come. There will be uncertainty in the road to the future, and the Association is ready to take the challenge.