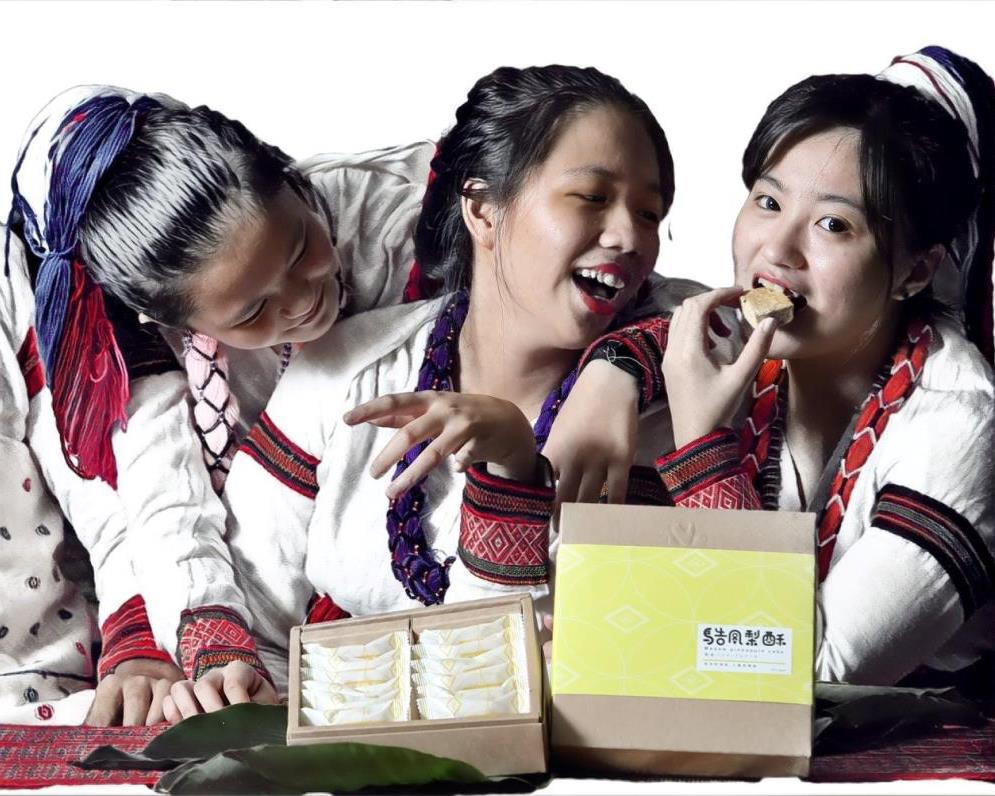 Young, enthusiastic, and successful in her first startup, Ms. Ma Yan-ping, a Taroko from Hualian embraces the ideal of "To help the indigenous parents find jobs so that their children can study without worries" in her second startup: The Indigenous Industry. In the past 12 years, she and the Association have gone through several adversities and transformations to find ways to survive on their own. 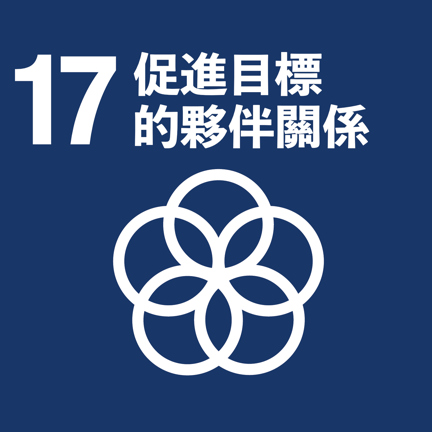 This saying not only reflects the roller-coaster-like experience that Ms. Ma Yan-ping, Secretary-general of the Taiwan Indigenous Education Economic Development Association (TIEEDA), had when she started her own business twice but also makes her realize that "Everyone deserves a chance. Don't be afraid to take chances, and don't be stingy in giving them."

In 1996, while Ms. Ma was still a junior student of Philosophy at National Taiwan University (NTU), she and a few of her classmates raised a fund to launch a tutoring center. Which gradually expanded from just a few classrooms on a floor to a whole two-floors building with nearly 200 students. She recalled that it was a critical decision in her senior year of the university for it was the ever first time starting a business: she took her father's whole deposit of more than NT$200,000 to join an American language tutoring chain center. "I didn't think much about it at that time but I could give it a try", she said.

The "Foolhardy" decision put her in the "Winner Group". She replaced the modest hut which her father built in her childhood with a flat and could afford a car. At that time, she was satisfied with her dream realization so she "didn't think to start a business is a hard work". It wasn't until 2009 that she failed in her entrepreneurial career and started again.

There came a county councilor who wanted to cooperate with Ms. Ma and provided a budget for her to teach 15 indigenous children English. At that time, the Financial Tsunami and the Low-Birth-Rate Effect had made Ms. Ma's Tutoring Center increasingly difficult for the student recruitment, so when she heard someone would provide a budget and students for her to teach. Plus, she can help the indigenous children learn English, so she agreed to start the English Class in a week without thinking about it twice.

Surprisingly, the Indigenous Children English Class only sustained one period and then closed. The main reason is those indigenous students came from disadvantaged families. Their parents relatively have low education, unstable jobs, and incomes, which affect their children's schooling and tutoring, as well as the incomes of Ms. Ma's Tutoring Center.

On the other hand, Ms. Ma was impressed when she saw the achievement sense turn in on those indigenous students' faces when they learned a little English. So, she thought if she could find jobs for their parents, the students might not be forced to terminate their learning and which is also good for the Tutoring Center. Therefore, she and 2 to 3 young tutors start the second journey of a business.

Ms. Ma thought the fastest way for those parents to have jobs is utilizing those tribal mum's cooking skills, so she mobilized the tribal peoples to pick up driftwoods and cut bamboo, as for she to develop the new resources at the same time. She first followed NTU Professor Huang Jung-shan's suggestion to establish Taiwan Indigenous Education Economic Development Association, and then she noticed the Multi-Employment Promotion Program (MEPP) from the government. Once again, she thought "It is good that the government will pay for my staff" and sent the application out.

On the 30th of December, the Original Café located in Wuzhi Mountain Hillside in the Xizhi district launched. With the media coverage and New Year's countdown opportunities, the Café's revenue exceeded NT$100,000 on that day. Ms. Ma thought it would be another easy Startup. However, the sales numbers went freeze in the next 3 months. "I found out later that the Cafe was located above a Military Cemetery," She said and laugh at herself " so the Café was only popular for a month every year."

Ms. Ma had to find other financial ways. She accepted the Ministry of Labor's proposal to launch another Original Café in the basement of New Taipei City Hall Office Building. This time, she tasted another kind of entrepreneurial bitterness. "Only after I started the business, I did realize that people do not trust the indigenous industry. They stand outside the door with a wait-and-see attitude, hesitating to take the risk."

Ms. Ma said she kept facing the non-be-trust frustration in the first 6 years since she devoted herself to the indigenous industry. But she only asked the Café which had 16 staff be survived and had no time to think too much. For the Café's survival, she spent 3 years running the Night Market business between Taipei and Hualien. She said it was like tasting all the bitterness of the Startup at one time which she did not in the previous years. During a key meeting, she figured out two points: 1. Must initiative to learn Experience Economy. 2. Must have young people involved in the business.

Transform to Cultural Creation Activities to Show Innovation and Creativity

In 2015, Ms. Ma smelled the popularity of the Bakery business and Pineapple Cake is the most popular National Snack, so she asked the restaurant chef to try out the Pineapple Cake which has Indigenous characteristics. The diamond shape which has the blessing of the Ancestral Spirits and added a MAQAW which has been called the "Mountain Black Peal" into the filling, and carried the new product from Market to Market. Her idea was seen by an indigenous legislator, Ms. Kao Chin Su-mei, at Taipei EXPO Farmer's Market. A few days later, Ms. Ma received a call from the assistant of Kao Chin legislator, providing the restaurant lists where she could sell the Pineapple Cakes.

Since then, Ms. Ma realized how the importance of creativity to the business, and to do so needs the participation of the young people, "So that the indigenous economy can be more down to earth". She applied for the Empowering Employment Program (EEP) of the Ministry of Labor under her "Original Food and Art Creative Market Development Project". In addition to the indigenous food and drinks, she also uses young talents to design the Marketing Plan which highlights tribal elements and the packages products which added musical dancing performances and craft experiences. The tribal people also were invited to participate in the project, they implemented the whole production from the upstream ingredients to downstream production and marketing, which made them earn reasonable profits together.

For example, in 2019, the Association's staff participated in a Mountain Photography Seminar hosted by Porsche, a top car manufacturer. During the brainstorming process, it was discussed that maintaining the relationship of the highest pyramid level customers cannot only by hosting food and photography but providing a sense of "Rewarding" to them. Therefore, Porsche focused on sharing the wisdom of the mountains and the knowledge of the native plants. The extended thinking allowed the Association the opportunity to continue working with other commercial brands in the next year.

Ms. Ma thought the best contribution that Empowering Employment Program (EEP) provides to the Association is "Do not give up any indigenous the opportunity for a new life". For example, the Association used to hire 8 staff, and there has only one who graduated from High School but the others did not. There also has a 24 years old girl from Hualien who had been giving up studying, so she could only work in a gas station for the hourly pay. She desires a stable permanent job. Therefore, she applied for the EEP training once she had heard and learned the skills very hard. She success be hired by a famous local Mochi Shop after the EEP training in February 2019. Now she is famous in that industry.

Ms. Ma told the Association so far keeps 7 staff which hired during the EEP period. All of them are trying their best to make the Association survives. They not only seek cooperation with corporates, fight for the government bids, and make souvenir products to sell, but also find strategic alliances across industries. Although the results are not that successful but keep their salary in the range of NT$35,000~40,000 per month.

Introduce Resources and Connect, Use the Young People to Develop the Business

According to the March 2021 report of the Employment Status Survey of Indigenous Peoples announced by the Council of Indigenous People, the average monthly income of each working indigenous people was NT$30,999; Which compared to the same period in the R.O.C. Statistical Information Website, the average monthly salary of each employee in the country was NT$49,025, which has a difference of nearly 60 %!

In view of the socio-economic vulnerability of the indigenous people, the resources have long been used to protect them through counseling and subsidies, but how to prevent the indigenous industries be "Not Growing Up" is a more important concern now. In addition to focusing on the employment of middle-aged and elderly people, Taiwan Indigenous Education Economic Development Association also nurtures the young generation to seek cross-sectoral industrial opportunities through self-identification, highlighting the importance of partnership development, which is the self-growing key of the indigenous industry.

The recognition of indigenous people in Taiwan society has gradually changed. But overall, indigenous people still face more obstacles in seeking education and employment relatively. The experience of Taiwan indigenous Education Economic Development Association transforming itself from an indigenous individual to an enterprise shows that it is not only necessary to break the pattern of fighting alone, but also actively leverage the resources provided by outside parties. By this, the Association could double up its power, enhance its capabilities and deepen the sophistication of its special industries to meet the needs of the external market.

It might not a good thing to give more resources, but figuring out how to "Work with young people" gives us a chance to climb up from the bottom. 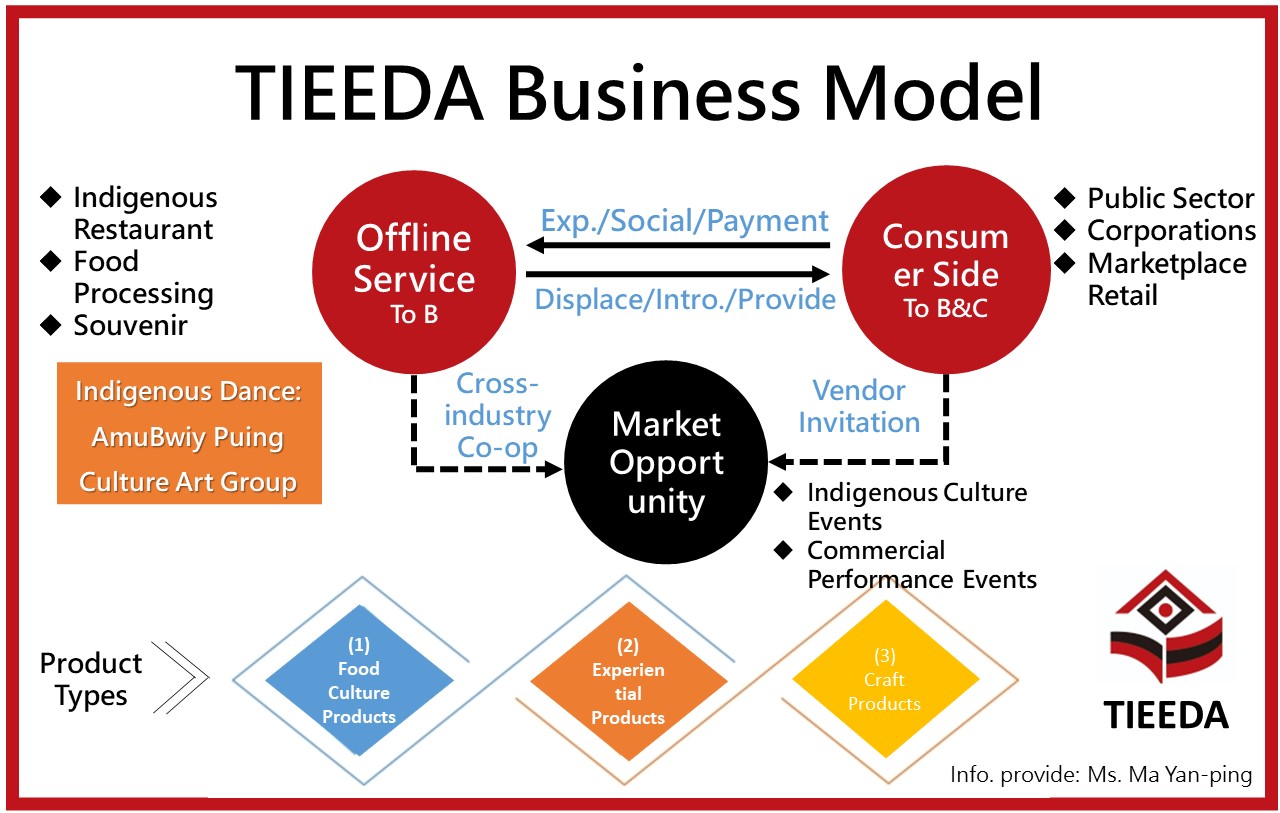 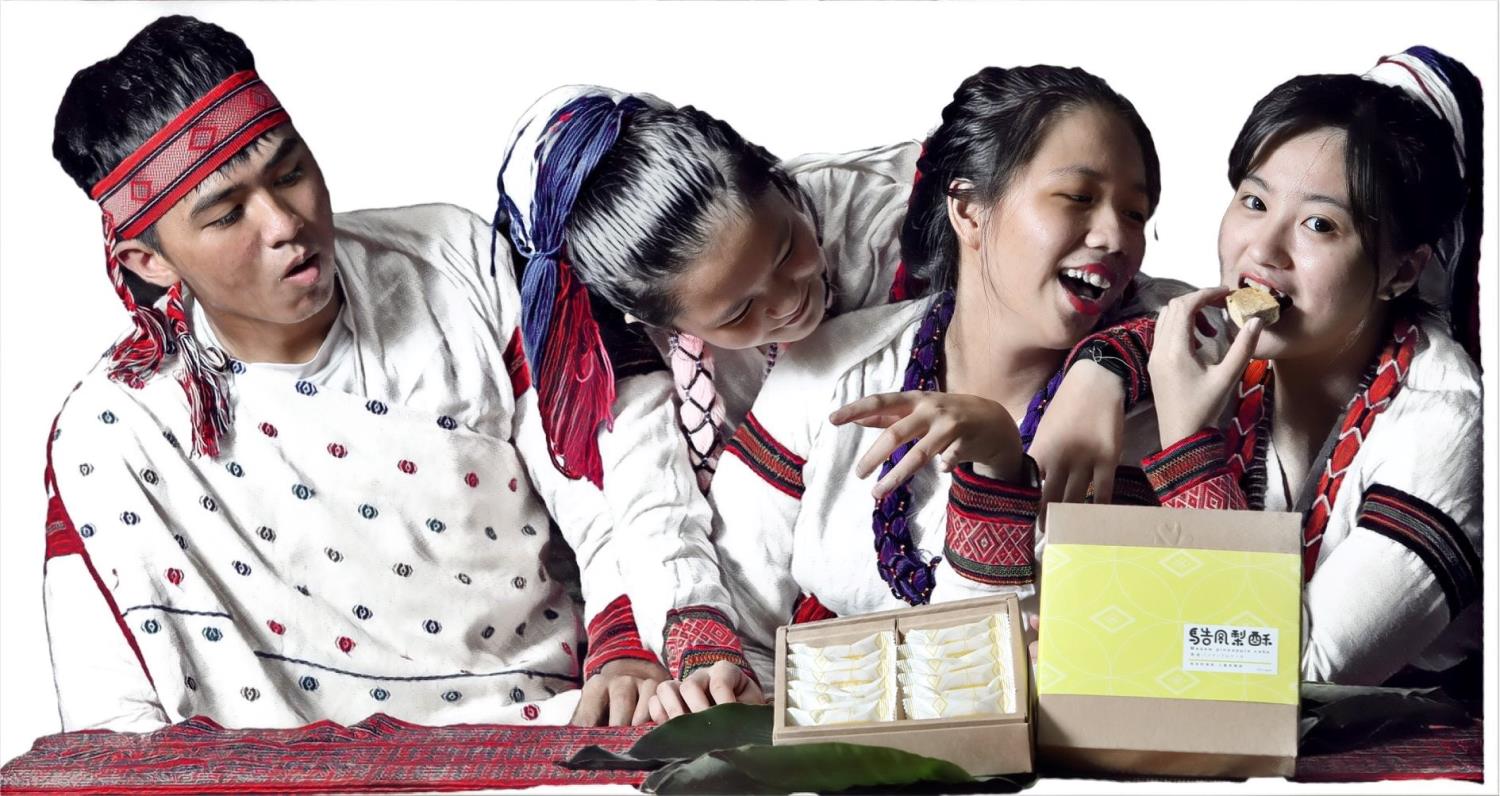 ▲To promote the Pineapple Cakes which added the indigenous element "MAQAW", which inspired TIEEDA to uses the young people to develop the business without limitations. 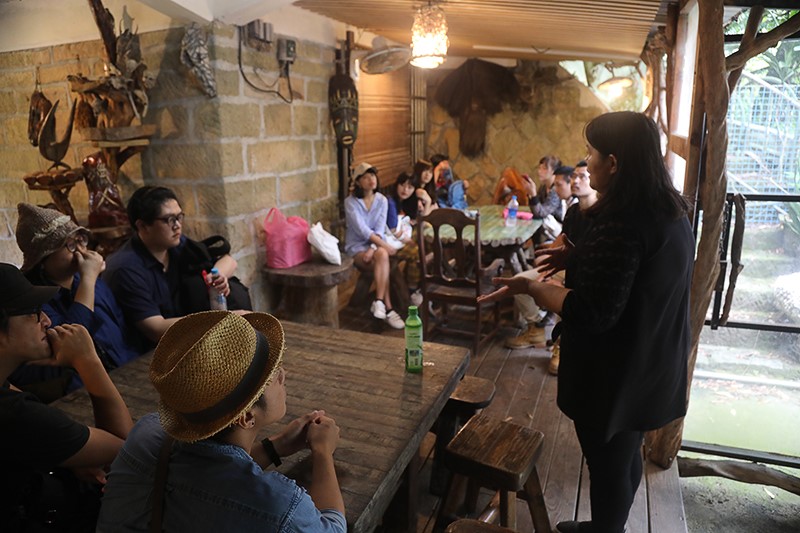 ▲The Original Café invites young urban partners to share their urban life and discuss how to make the Indigenous culture visible in the city. 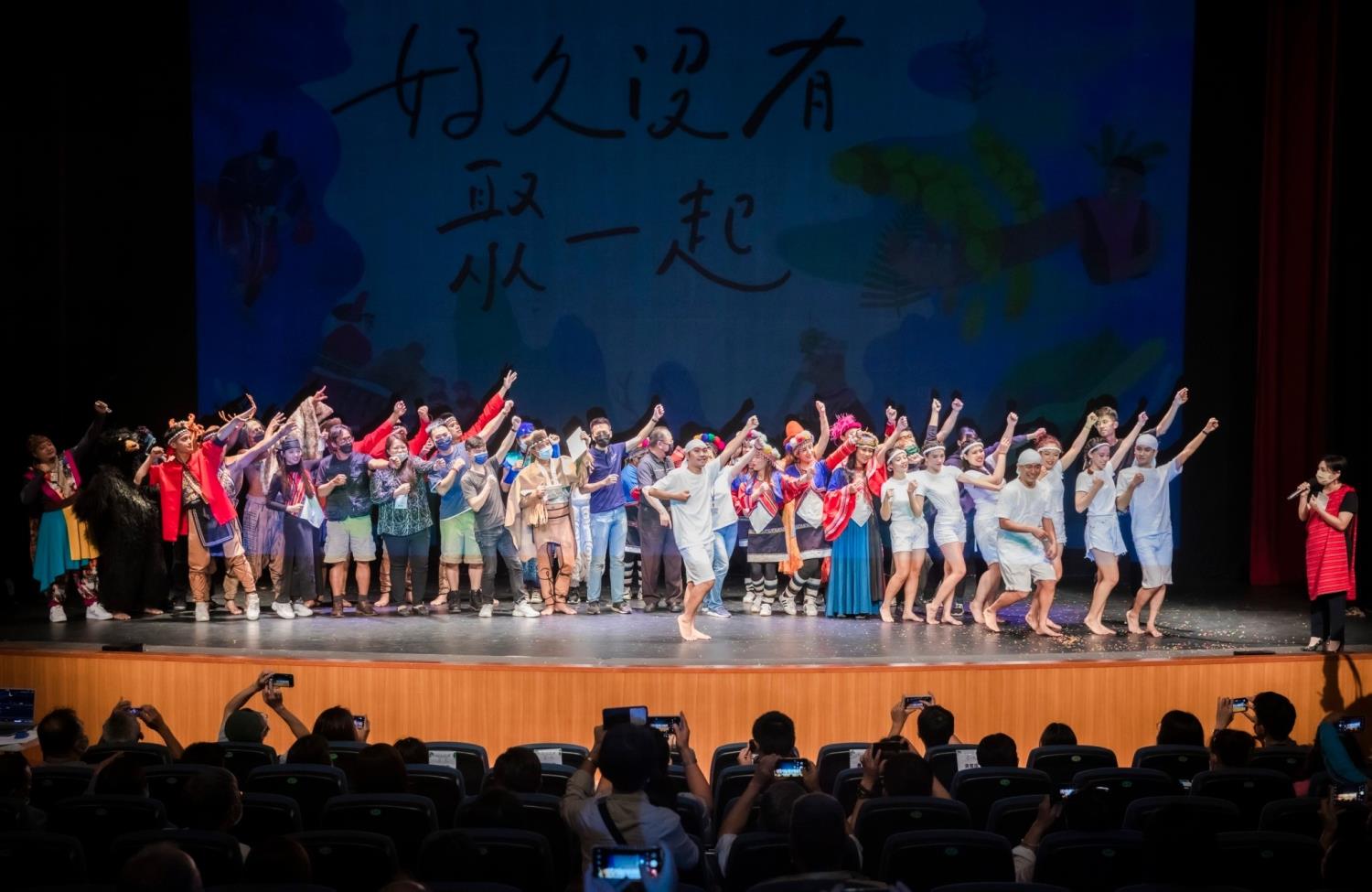