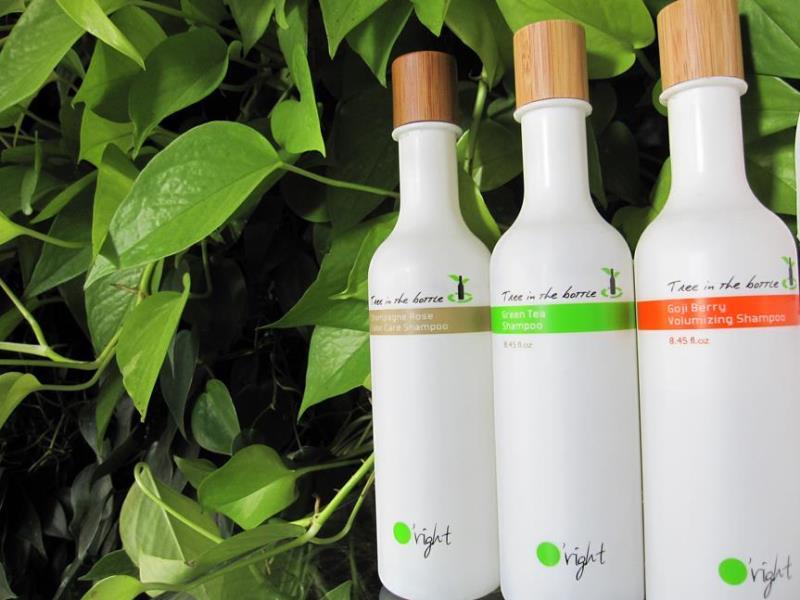 O'right is not only committed to the exclusive use of natural ingredients but also to the greening of the whole supply chain. 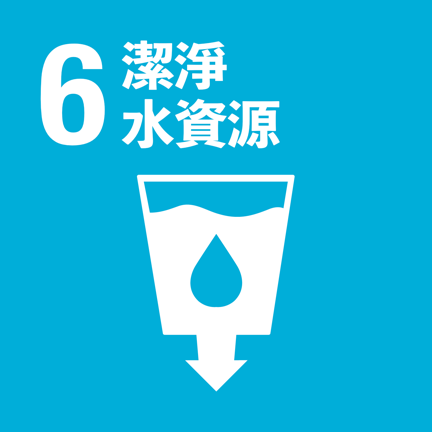 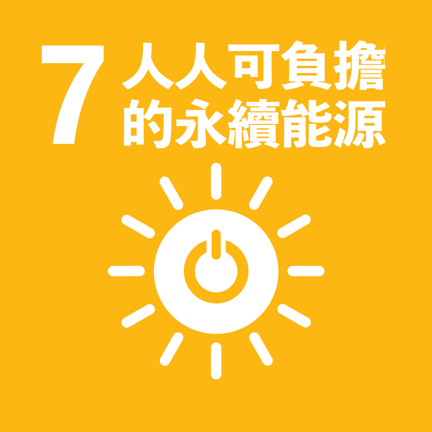 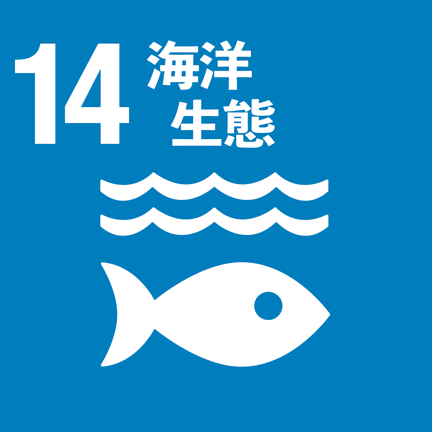 Against the backdrop of the rapid depletion of global resources, scientists make the following predictions about natural minerals: silver, copper, natural gas, iron, and coal reserves will be exhausted in 2021, 2039, 2071, 2087, and 2158, respectively. How about petroleum?

“Don’t worry. There will be no oil crisis as long as humanity exists.” Mr. Wang-Ping Ge, Chairman of Hair O’right International Corporation points out confidently, “If you calculate the CO2 emissions generated by the extraction of all petroleum and shale oil reserves trapped underground and the temperature rise caused by these emissions, you will realize that humanity won’t survive until the day all petroleum reserves are depleted.”

Of course, that is just a tongue-in-cheek remark. It is actually expected that all petroleum reserves will be exhausted by 2050. Humanity will therefore be forced to search for alternative substances or reuse non-renewable resources. As far as the manufacturing industry is concerned, this is an extremely pressing issue. After taking over the helm of the company, Wang-Ping constantly pondered the following question: “Since consuming resources during production is unavoidable, how can we return these resources to nature?”

Following a successful transformation process, O’right started to adopt natural organic materials in 2006 and went on to gradually expand the use of eco-friendly methods to all business areas including manufacturing, packaging, marketing, services, and waste treatment. Even the electricity consumed by the factory is generated from wind and solar energy. Wang-Ping thumps his chest and says, “Our whole supply chain is completely eco-friendly.” Sure enough, O’right introduced the world’s first carbon-neutral shampoo in 2011. In other words, carbon emissions generated during production processes are completely offset and the total emission amount is zero. The life journey of the product is therefore a never-ending cycle based on a cradle-to-cradle design.

All this seems to be based on wise decisions by a wise person, but to Wang-Ping, this wisdom was not bestowed by nature, but rather the lesson learned from a painful process of constant refinement.

Going Green because of personal pain

Upon graduating from high school, Wang-Ping served as a sales executive in the hair and beauty industry for over 20 years. In 2002, he and his friends jointly founded their own business acting as an agent for an Australian brand of professional hair salon products. Little did they know that they would face fierce competition within the industry and would gradually lose out in the cutthroat price competition within a few years. Several shareholders shook their heads and decided to withdraw their capital. The three founders were therefore forced to take out a mortgage so they could pay their employees’ salaries.

The mortgage provided temporary relief, but Wang-Ping started to wonder whether he should continue or throw in the towel. He recalled that his father and mother passed of a kidney disease and cancer in quick succession in the same year he started his own business and he had felt deep remorse that he was unable to identify the origin of the disease. Later on when he moved, the offensive odor from a newly installed cabinet immediately caused an allergy attack. He suddenly realized that the toxic substance formaldehyde was present everywhere. This led to his decision to take a different path. This path would cure his allergy, save his struggling business, and extend the lingering lifespan of the earth.

The Taiwanese hair and beauty market is comprised of around 20,000 differently sized hair salons and over 200 hair cleansing and care products. The competition in this industry on this relatively small island has reached murderous proportions, not to mention the market share commanded by international brands such as Sassoon and L’Oréal.

However, from his experience in the industry Wang-Ping determined that almost all European, American, and Japanese brands are centered on style, luxury, and fashion. He would carve his niche by focusing on natural ingredients, health, and eco-friendliness. In 2006, O’right ceased to serve as an agent for foreign brands and chose instead to reenter the market as a Taiwanese brand. His message to consumers is that local products are not necessarily tacky, cheap, or of poor quality and that they are instead the pride of this island nation with a focus on the fulfillment of the responsibilities of citizens of the earth.

Rejection of biochemistry and advocacy of natural ingredients

“Have you ever noticed it takes a lot of water to rinse off the foamy lather when you wash your hair? And that your hair stays fragrant a long time after washing it?” Wang-Ping points out that this foam is mostly generated by thickening agents, which increases the stability of the bubbles when you wash your hair and it also make liquids thicker and more concentrated; comparable to adding cornstarch into a pot of soup so that it looks more delicious.

The fragrance is made from plasticizers, which is the substance used in manufacturing plastic. Natural scents and aromas are usually very expensive and sold in grams. A large number of businesses therefore look for substitutes that firmly attach fragrance to the hair. Consequently, synthetic plastics have turned into the first choice.

“Frankly speaking, it is harder to take something out rather than producing it,” says Wang-Ping. Consumers cannot accept shampoos that don’t generate foam and fragrance. The company therefore had to actively search for natural formulas. Wang-Ping passed by a plot of farmland one day and saw how an old farmer picked wolfberry roots. He said he wanted to use them to brew tea. Wang-Ping suddenly had an idea. Since wolfberry roots can be used to brew tea, is it possible to use them as an ingredient for their products?

The old farmer gave Wang-Ping several roots that had been grown without the use of pesticides or chemical fertilizers. He took them back with him and handed them over to specialists for analysis. They then successfully extracted the bioactive substances from the wolfberry roots at low temperatures with the addition of chemical solvents. These substances were added to the products. Henceforth, O’right procured wolfberry roots from local farmers in Guanyin, Taoyuan.

Wang-Ping emphasizes that by using ultrasound and supercritical extraction technologies can replace traditional high-temperature dissolution and chemical solvents, which in turn help reduce the destruction of plant activity and avoid pollution of the environment. Subsequently, O’right also employed agricultural produce and waste obtained from farmland in towns and villages near the company such as bamboo leaves, green tea, pineapple skin, longan seeds, and banana peels for the production process. Other raw materials imported from Europe and America have also been certified as organic.

O’right is not only committed to the exclusive use of natural ingredients but also to the greening of the whole supply chain. Wang-Ping therefore actively lobbies subcontractors to improve production processes and achieve gradual transformations in the fields of energy conservation, non-toxicity, and reuse. This includes the use of recycled paper for labels and soy ink for printing, the filling of shampoos into biodegradable PLA bottles, the use of bottle caps made from moso bamboo, and the adoption of recyclable bubble wrap to keep products in place in paper boxes used for delivery. In addition, degradable polypropylene fiber is employed for shopping bags. All production processes are free of substances that are harmful to the environment such as foam, nylon, and traditional plastics.

After a lengthy process of persuasions and pleas, a majority of the subcontractors finally accepted O’right’s suggestion to switch to green production processes. A few years later, Wang-Ping accomplished another amazing feat: the construction of a green building with factory and office functions.

This building, which serves as the corporate HQ, is located in Longtan, Taoyuan. The construction costs roughly equaled the annual revenue of the company. The solar panels on the roof, the small-scale wind turbine at the entrance, the water resource recycling system, and the office space where indoor temperatures don’t exceed 28°C even without air conditioning during the summer months are based on sophisticated and ingenious designs. Transportation mileage is saved because the whole process from the production to the delivery of products takes place in the same building. 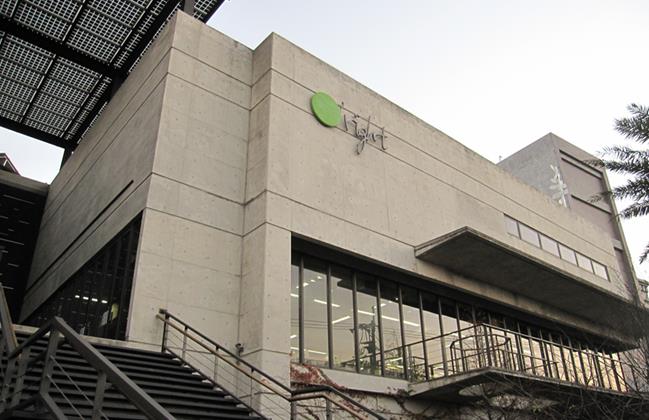 O’right’s green corporate HQ achieves an optimal use of resources with solar energy, wind power, and a water recycling system.

Despite the fact that cooperating manufacturers have accepted these recommendations, it can’t be guaranteed that the products are positively received by end users. Wang-Ping therefore personally visited hair salons to introduce his products to the stylists who in turn promote them to customers. He laughs and says, “Actually, I don’t have to say too much because hair stylists have to wash the hair of at least 20 different customers each day until the skin of their hands is seriously damaged. Now that their skin is slowly recovering, they know that natural products are better.”

This is not the only example of ingenious marketing approaches. Later on, O’right developed a “Tree in the Bottle” shampoo. When the bottle is buried in the soil, the seeds start to sprout when the bottle decomposes after several months. Within several years, the seeds will turn into a fully-grown evergreen acacia. Shampoo and bottles made from coffee grounds will turn into coffee trees, while the product instructions are transformed into gorgeous Coreopsis flowers. 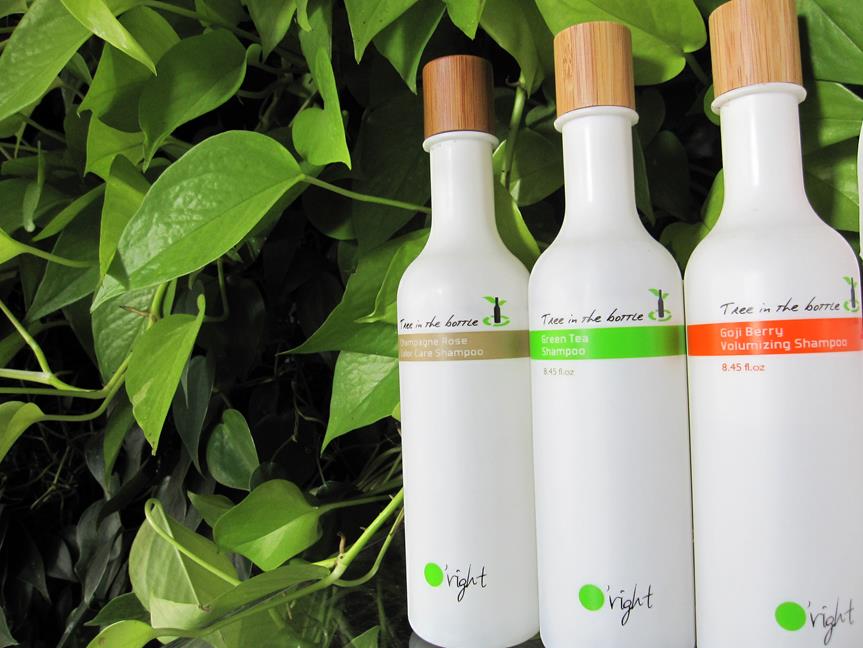 This patented “Tree in the Bottle” design has been recognized with a German Red Dot Design Award and received wide media coverage. Wang-Ping states, “The conversion to natural raw materials and green processes has not led to higher costs for the company. We don’t spend any money on advertisements or product endorsements and don’t organize fashion shows, but have actually been able to raise our brand awareness!”

However, he says with a sigh, “We even organize an annual activity titled “Earth Hour Taiwan” on behalf of the World Wide Fund for Nature, but everyone seems to think that this event is organized by an environmental organization.”

After that, Wang-Ping made a dedicated effort to promote carbon footprint and carbon-neutral certifications. This requires the calculation of generated carbon emissions for each stage of the production process from the collection of raw materials to the final stage of waste treatment. Wang-Ping therefore does everything he can to get subcontractors to change their technologies and processes, while educating them on the complicated calculation methods. Due to these efforts, he was finally able to achieve the goal of zero carbon emissions and the company became the first carbon-neutral certified SME in Taiwan. He says with a smile: "Even shareholders have to abide by the standards we set if they want to invest in our company!”

These investments in the preservation of our planet explain the success and current scope of O’right. The company currently controls around 30% of the hair and beauty market in Taiwan. The number of cooperating hair salons has reached around 7000, turning O’right into the company with the highest market share in Taiwan. O’right exports its products to over 20 countries in Asia, Europe, America, and Australia.

Every citizen can contribute to environmental protection regardless of their profession. In 2014, O’right introduced the new retail sub-brand “Shan”. The most unique characteristic is that every bottle cap features a coin made from scrap metal. After consumers have collected 48 of these coins, they are eligible to plant a tree in a mountain area under their name or exchange the coins for a specified gift.

However, consumers may wonder how long it takes to collect 48 coins since a bottle of shampoo lasts many days. Wang-Ping says with a smile, “This way the general public has a long-term goal to pursue!” 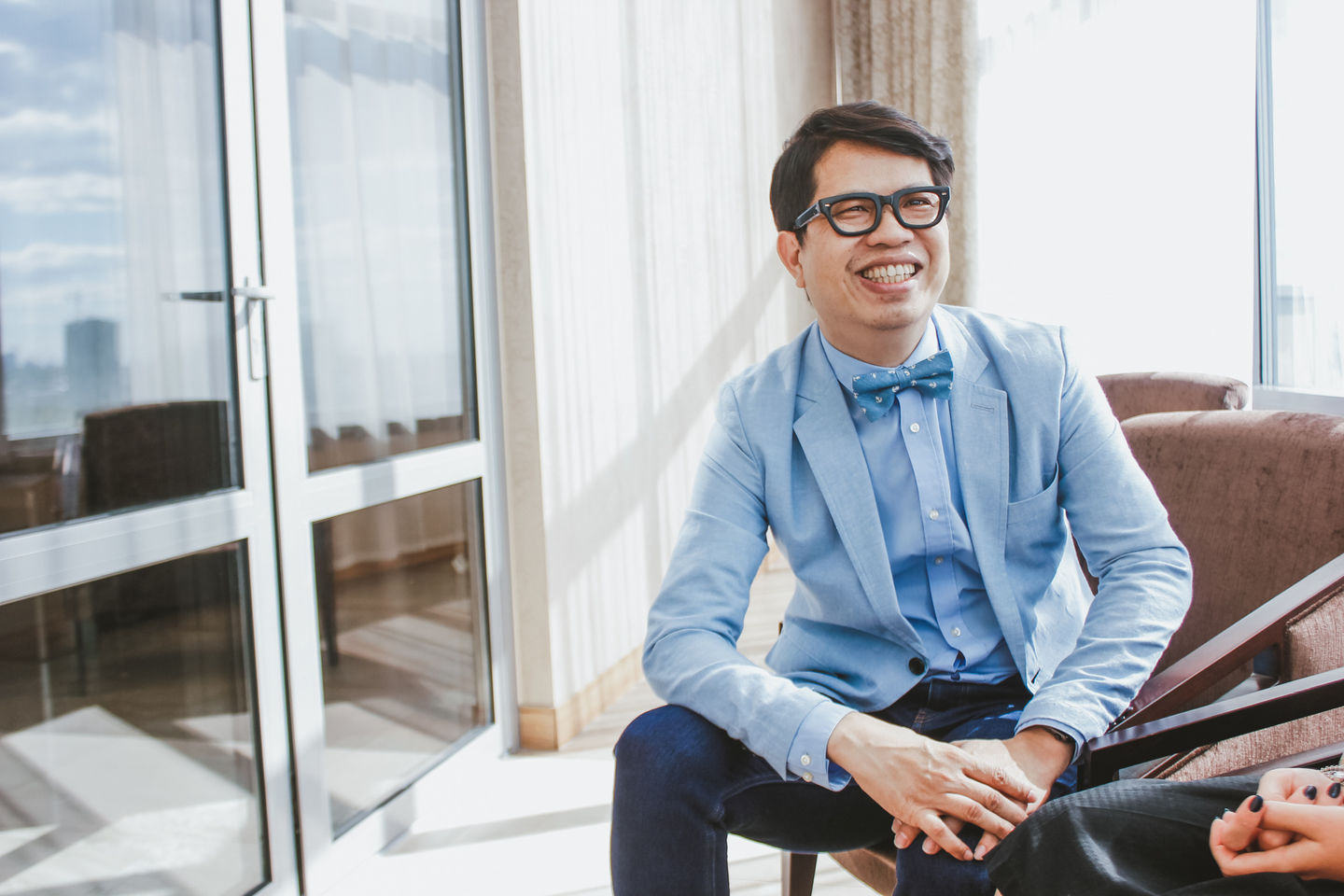 Mr. Wang-Ping Ge, the founder of O’right, came to realize the importance of environmental protection due to his susceptibility to allergies and therefore developed eco-friendly hair and cosmetic products.