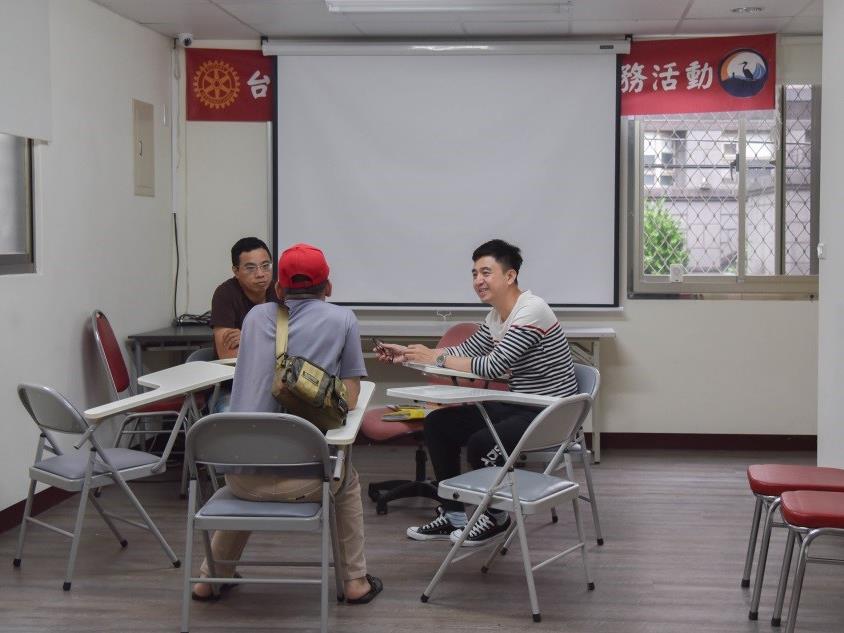 In prison, Han-Chun saw tough gangsters break into tears as they shared their stories. She felt these inmates’ desire to repent. They hoped to restore their family relationships and start again.

“Libertas” means “freedom” or “liberation” in Latin. Since it was founded in 2009, Libertas Education Foundation has worked hard to help many former inmates overcome drug addiction. With the support of the foundation, the former inmates may get their lives back on track, and they can be released from the prison of minds.

CEO Han-Chun had worked at a bank before establishing Libertas Education Foundation. Because of her faith, she devoted all of her free time to spreading the gospel along with church volunteers and organizing camps in prisons. In prison, Han-Chun saw tough gangsters break into tears as they shared their stories. She felt these inmates’ desire to repent. They hoped to restore their family relationships and start again.

However, Han-Chun found that events held in prisons and companionship for inmates do not satisfy inmates. For them, the most challenging part of their journey is reintegrating into the workforce, and maintaining a healthy life after their release. Thus, Han-Chun was determined to help these former inmates. She quit her high-paying job at the bank and worked hard to raise money, even mortgaging her own house. In the end, with the help of the Catholic Missionary Sisters of Providence, she founded Libertas Education Foundation.

With subsidies from the Workforce Development Agency's (WDA) Multiple Employment Promoting Project (MEPP) and Empowering Employment Program (EEP); in 2015, the foundation established the Seven Food Training Restaurant. The restaurant provides 4 to 5 former inmates with kitchen jobs and service positions. Serving as a transitional workplace, the restaurant gives each former inmate 6 to 9 months of companionship and guidance to be physically and mentally prepared as they return to society. The restaurant also helps them obtain class C certification in Chinese cuisine. Teenagers also sought help from the foundation, which stimulates the launch of Rebirth Café in 2016. Juvenile delinquents can learn skills such as brewing coffee and baking in the café. For three years, the foundation has helped nearly 90 former inmates with drug addiction, 30 of whom were teenagers.

Later on, the foundation discovered that some former inmates are good at sales. So in 2017, the Nine Fruit Workshop opened nearby to sell quality products made by inmates in prison. In early 2019, the foundation also rented a corner store called Five Loaves and Two Fish, to sell traditional savory rice pudding and other street snacks.

A-Wei (pseudonym) is the head chef at Seven Food. He does well in making dishes. In the past, he received a 13-year sentence for robbing a drug dealer with a machete and a gun; he didn’t have enough money to buy drugs. During his sentence, A-Wei’s mother implored him to give up drugs, causing him to straighten up finally. After his release, A-Wei came to the foundation. He had no specific skill and had never been in a kitchen. However, he was willing to learn from scratch. The hand that once carried a machete now carries a chef’s knife. With the foundation’s encouragement, A-Wei successfully obtained class C certification in Chinese cuisine and became a cook in the restaurant.

Han-Chun encountered different kinds of former inmates during her earlier work in prisons. She found that few social welfare groups are willing to extend a helping hand to drug addicts. Because of over 80-90% of them relapse, it is very frustrating for groups and volunteers. Han-Chun refused to give up, helping addicts first-hand for 20 years. The foundation dedicates its efforts towards assisting addicts in re-entering the workforce.

“Addiction is easy to overcome, but it’s difficult to defeat insecurity.” Former inmates struggling with drug addiction have a harder time return to society, says the foundation’s Deputy CEO Chung Jui-Hsiang. Even if they successfully find a job, they have to check in monthly after being paroled, which might expose them as former inmates. The perception and reaction of their coworkers can both, directly and indirectly, affect their performance at work.

Jui-Hsiang further pointed out that many former inmates can only get temporary jobs due to lower socioeconomic status. Poor working conditions lead to poor attendance, inability to relieve emotional stress. Plus, temptations from other addicts, those factors can cause them to relapse. Regular visits and early detection by the foundation’s counselors, as well as companionship from psychologists and seed teachers can usually lead addicts back on track. Their guidance can prevent addicts from relapsing until they successfully quit addictions.

For example, A-Rui (pseudonym) was in prison for many years, said Jui-Hsiang. He was excited about his upcoming release, but he was in a sour mood as the day approached. What lay ahead was not freedom; however, here came the pressure of social competition and the temptation of drugs. A-Rui had several qualifications, with multiple certifications in construction and class B certification in indoor wiring. However, when the foundation’s counselor suggested he to find a job outside, he felt afraid to commit crimes again. He chose to stay at the foundation’s transitional workplace until he got his bearings before his next job. After six months, A-Rui not only learned skills but also got his life back on track. Moreover, he never touched drugs again.

Pay It Forward, and Hope the Society Accepts Ex-convicts Who Turned Over a New Leaf

The foundation is made up of a diverse group of employees, including one hundred fourteen full-time staff, working in psychology and counseling division (clinical psychologists, counseling psychologists, and criminal researchers), social worker division (social workers and senior social workers), employment service division, guidance and counseling division, and social enterprise marketing division. Additionally, the foundation has also trained 11 ex-convicts overcoming addiction and 3 family members of former inmates to be full-time seed teachers. They spread their personal stories to campuses and prisons as materials of crime prevention, anti-drug advocacy, and life education. Twelve of these fourteen seed teachers decided to further their studies to help others, Jui-Hsiang confided. Some even obtained graduate degrees, which sets an excellent example for many former inmates struggling with drug addiction.

Nevertheless, keeping such a large organization running is no easy feat. The stigma to drug-addicted inmates makes it difficult for the foundation to raise funds, said Jui-Hsiang, but the foundation will never stray too far from its original mission to help them. With their dedication, it has been able to gain recognition for its rehabilitation services. Also, it received government subsidies. Besides start-up fees and hardware, a third of the foundation’s funding comes from the subsidies of the MEPP and EEP.

As the number of former inmates in need increases, the foundation is actively seeking working partners. They took charge of the catering service at a nearby nursing home in Taipei City and established a career guidance center in New Taipei City. There are currently more than 70 friendly companies willing to hire former inmates that suffered from drug addiction. For more than a decade, many former inmates have integrated into society with the foundation’s persistent services. They have attained a good life and also successfully overcame drugs.

Jui-Hsiang also stated that many former inmates regard the foundation as another home, and the teachers there like family. Whenever they have stress, relationship problems, or try to change career paths, they call the foundation’s number for advice. Even though the project to help former inmates is over, the foundation never stops to care for those who they’ve helped. They hope to develop even more diverse services, so they form a logistics management center, including water and electricity, long-term care, and cleaning services. The center wishes to collaborate with the public sector and companies to provide outsourcing. Through such a transitional workplace, addicts will be able to reintegrate into society gradually. 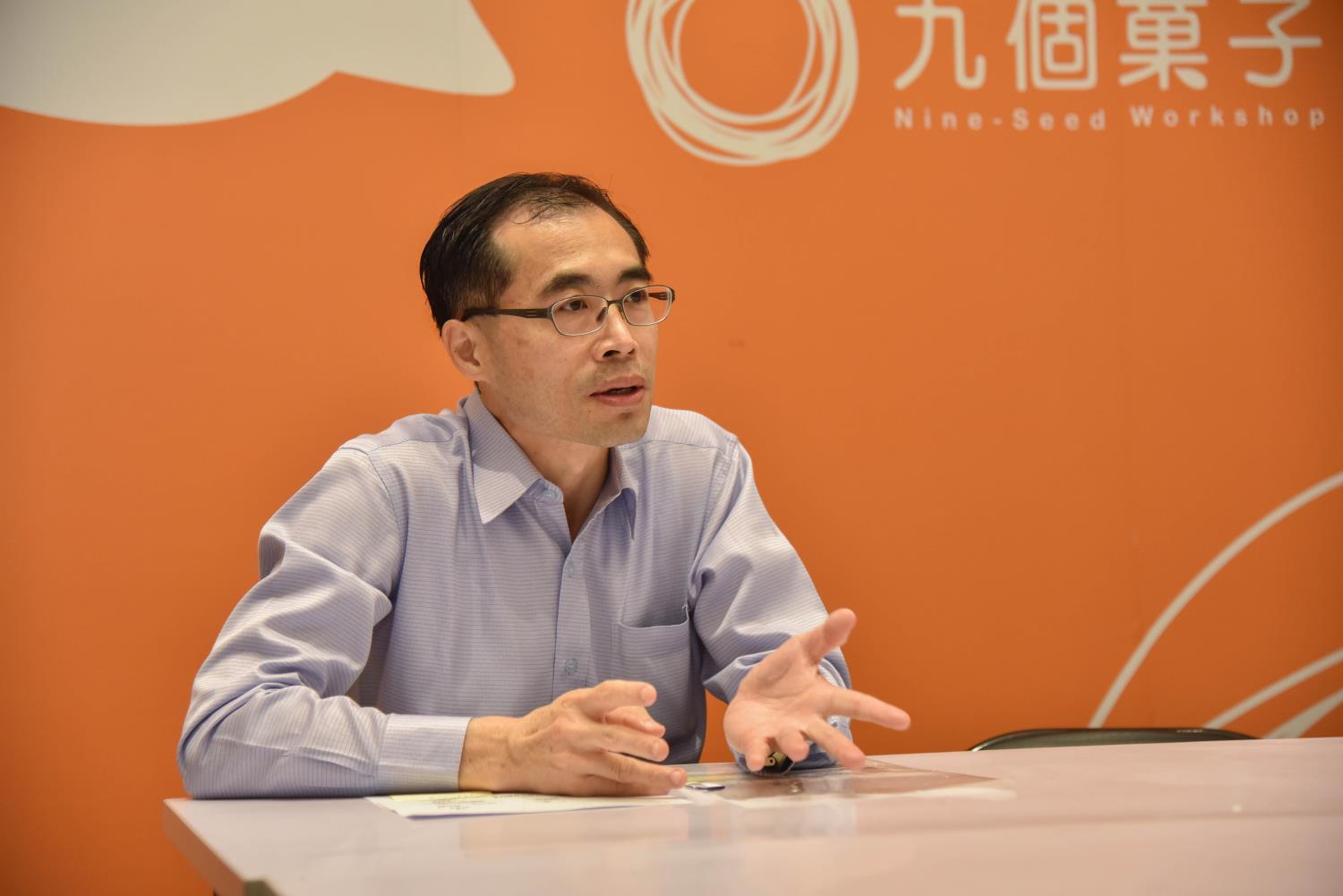 ▲Seeing how difficult it is for former drug-addicted inmates to reintegrate into society, Jui-Hsiang hopes to stop social prejudices against these former inmates. 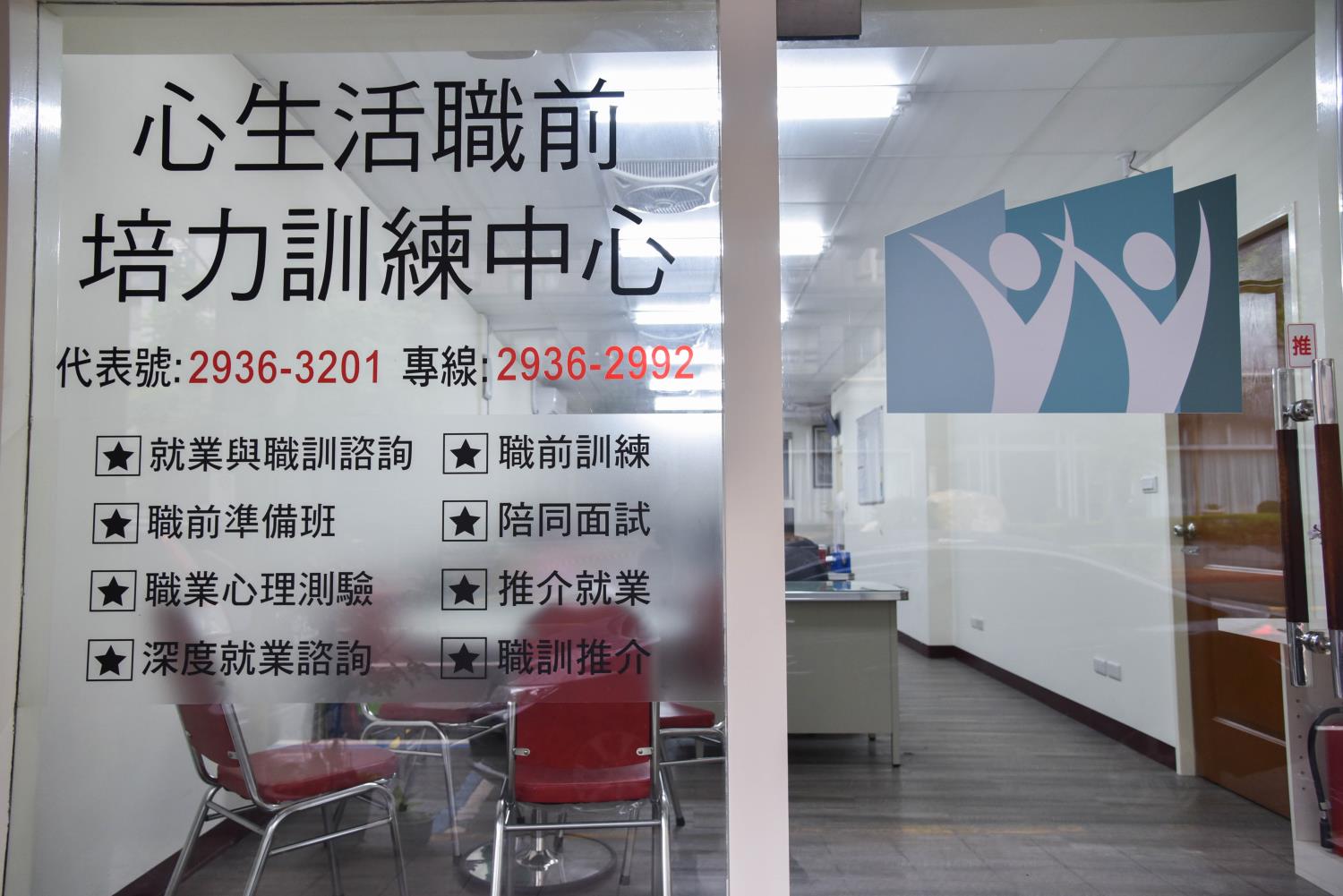 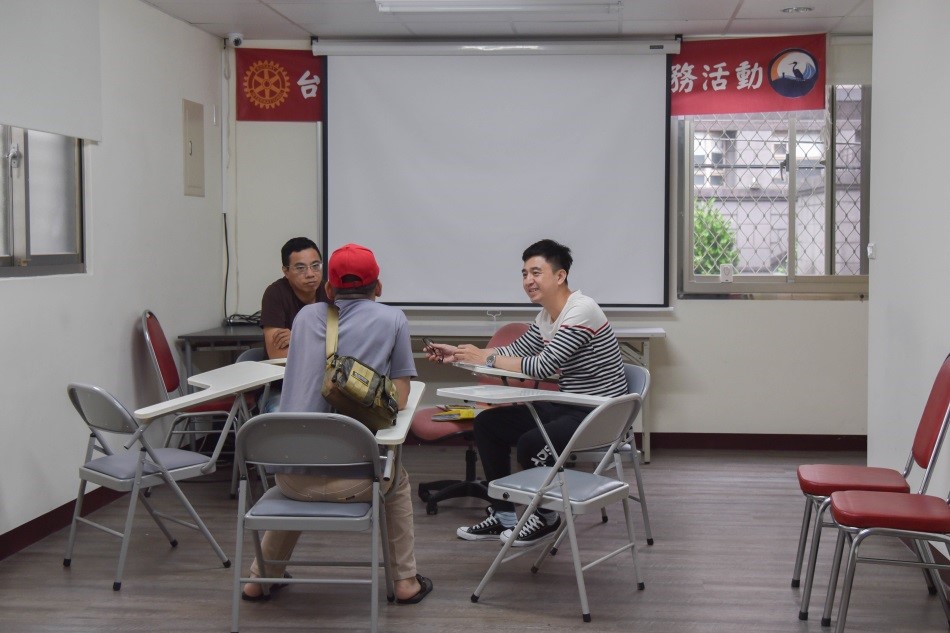 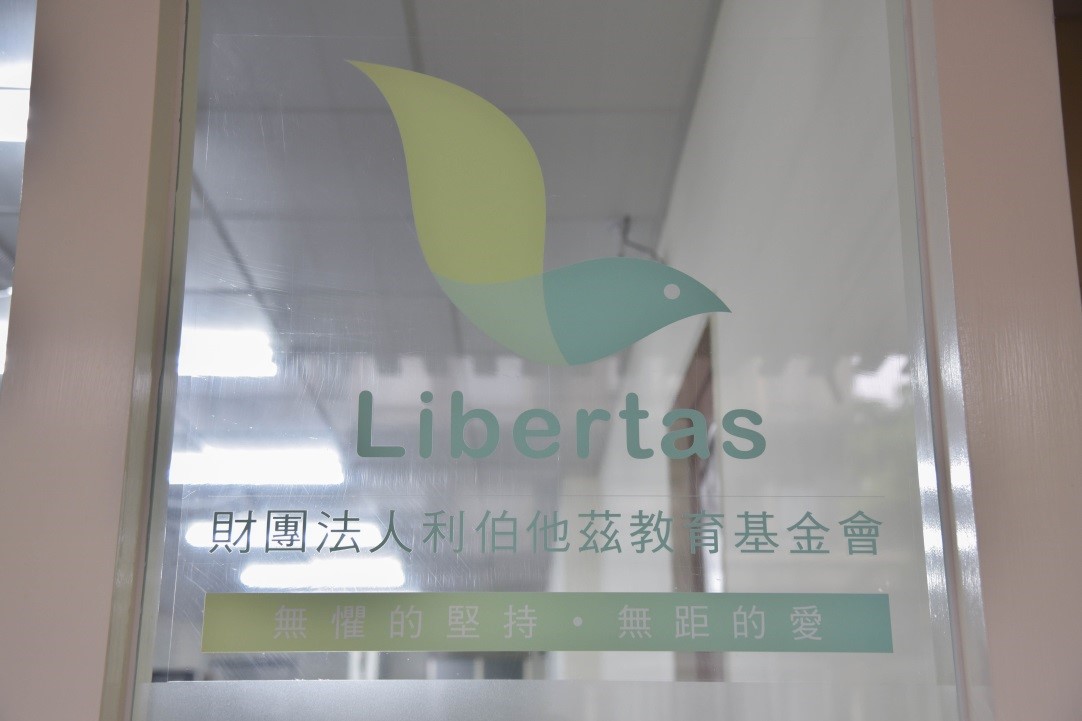 ▲Libertas Education Foundation has always operated with the belief that “leaving no one behind.” They actively help former inmates with drug addiction to reintegrate into society and lead healthy lives. 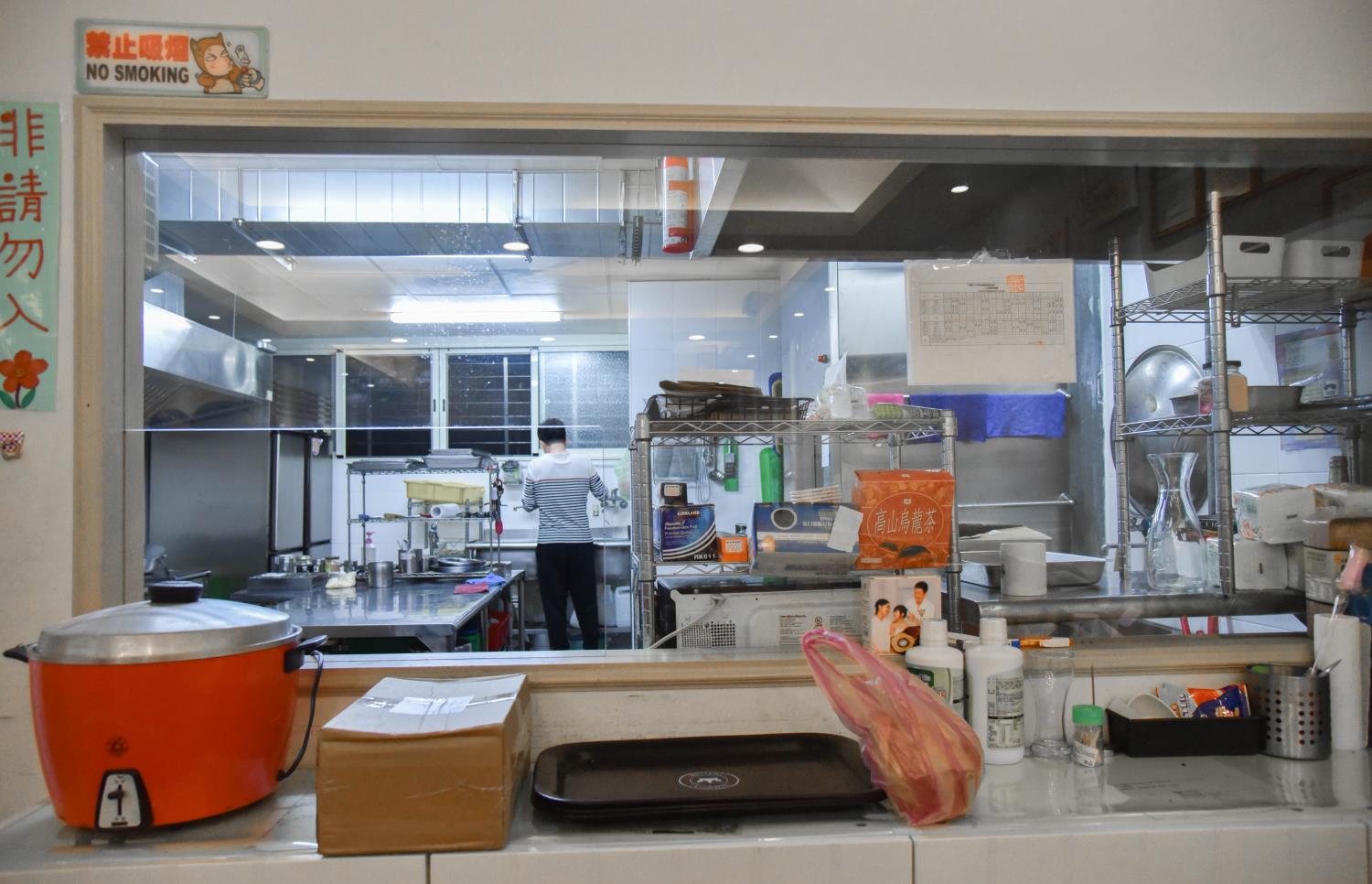