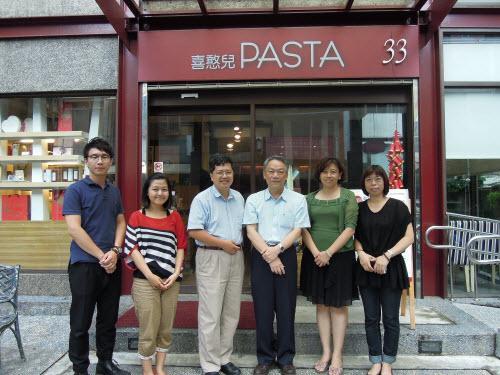 We Believe Because We Love; We Change Because We Believe— Giving People with intellectual disabilities a Promise of Love and Hope

Innocent smiles are gifts from angels. By building a stage that connects mentally challenged people with society and showing the public their potential through bakeries, the Children Are Us Foundation has created a paradigm of charity in Taiwan society. They adhere to their mission and make proper use of their resources for innovation, helping disabled people face difficulties in life. With the completion of the Swan Castle Care Center, the Foundation takes care of people with intellectual disabilities and provides comprehensive care when they get older. Care over their entire life cycle will be the focus of the Foundation in the future.

An Developmentally Disabled Child Ignites the Light of Life
The story began with a surprising accident. Su Guo-chen, founder of Children Are Us Foundation, was admitted to hospital for heart disease in 1990. His cerebral palsy daughter surprised him with a song, “Dad loves me most. I’m so blessed with my dearest father.” His daughter’s singing opened a new page in his life. He had never thought this special child could sing such a beautiful song for him, and he saw his child’s potential. “It was my daughter who enlightened me.” In 1995, he and his partners co-founded the Children Are Us Foundation and opened the Children Are Us bakeries in 1996.

Having dignity and joy in life is the most important mission of the Children Are Us Foundation, and dignity and joy can be obtained from a sense of achievement through work. It’s better to give a man a fishing rod than to feed him fish. Moreover, he should be led to a place with fish. Su believes that the place with fish is not school or a charitable institution. It is in the community or in society.

There was once an event where Su received donations to the Foundation. Someone wondered why similar institutions could not merge together to avoid wastage of social resources. This suggestion urged Su to think whether a foundation should consume social resources or create them. As a result, Su made a different but correct choice. With innovation, he turned care into a solid and powerful force.

The Foundation thought about having mentally challenged people work in a supermarket or wash cars. However, the purpose was more than to make a living but to change people’s impressions of people with intellectual disabilities. These people are relatively weak in terms of their intelligence, and they look different as well. Action, however, could change the public’s bias. Thus, dressing in white as a baker became an alternative. These intellectually disabled work downtown or in a community. This approach brought them closer to society, and the public got to know them more.

However, getting parents onboard was unexpectedly challenging. They disliked the thought of mentally challenged people working outside, thinking that they should just receive government subsidies and stay home. The parents worried that work would bring stress to their？kids or even cause conflicts in the community. Thinking about the experience of persuading the parents, Su remembered that he would tell them a parable. A long time ago, an old man lived by a river. It was the place that migratory birds must pass by on their way to spend the winter in southern climes. Some of them would fall behind. The old man found them, feeding them food to help them survive the winter. Year after year, more and more birds stayed because they could get food there. They didn’t have to fly south anymore and they didn’t even bother returning north in summer. Many years later, the old man died. No one fed the birds, but they had long forgotten how to fly. They eventually perished by the lake.

Surmount Barriers to Strengthen the Bonds of Love
It is difficult to start a business; it is much harder to maintain one. The success of Children Are Us bakeries did not come to existence overnight. Citibank sponsored the Foundation from 1997 for its professional management and planning skills. These two things were also the core advantages that supported the development of the bakeries. When the bakeries began to earn profits and society began to accept people with intellectual disabilities, not only applause but also doubts and attacks came upon them.

In 2006, a city councilor condemned the Foundation for the hourly pay of the disadvantaged people working in the bakeries. It was only NT$ 66. The news became a huge blow to the Foundation. If the accusation had been true, the existence of the bakeries would have been opposite to their mission and core value. The Foundation could not continue. After long and serious reflection on this event, the Foundation believed it could withstand public scrutiny. However, they were unable to make themselves heard in the media and stop the negative criticism.

It was not until the Foundation painfully announced they had to shut down the Zhubei branch due to poor sales caused by this news that the public began to value the efforts of the？Foundation and understand the difficulty of running a sheltered workshop. The blame then was steered back to the instigator. Not only did this incident help society learn more about the situation of people with intellectual disabilities, it also urged the government to distinguish between labor and social affairs and build a better environment for sheltered workshops.

The aim of achieving self-reliance for people with intellectual disabilities has kept the bakeries and the parents moving forward. They have encountered three “C” stages in this process: from “care” and “can” to “change.” Now the Foundation is a large support system with 48 service branches and nearly 300 employees, 600 intellectually disabled persons and 100 part-time workers. A percussion group and theatre have also been established for more than 10 years, and even Taiwan’s First Lady Christine Chow Mei-ching has performed with them on stage. A scout troop was founded a few years ago. The purpose was to encourage disabled people to repay society by bringing love to the place that needs it.

Su believes you will go backwards unless you keep moving forwards. A small change may have a huge impact and make dreams come true. Su also says if any institute wants to imitate their methods, the Foundation is very happy to share and welcomes everyone to take care of people with intellectual disabilities.

The Swan Castle Care Center: The Dreams of Children Are the Dreams of Everyone
When people with intellectual disabilities grow old, their parents also grow old. Since they age faster than ordinary people, their parents worry who will take care of their kids when they pass away. This kind of “double aging” situation has become an urgent issue. To keep the promise of lifelong education and lifelong care and to build a secure place for future care, the Foundation collected resources to build a castle for intellectually handicapped people.

A castle is not only everyone’s dream residence but the most wanted living place for mentally challenged children. However, the process of construction was not smooth. Under the support of the landowner, the Foundation obtained the legal right to use the land. However, when the farm opened in 2009, local residents opposed it. The doubts and worries were caused by their prejudice against intellectually handicapped people. Fortunately, their doubts lessened when a beautiful environment was created. The residents were impressed and changed their attitude.

The Swan Castle Care Center was officially completed and opened in 2013. In addition to taking care of people with intellectual disabilities, it also provides a place for them to serve. In this care center, people can take wedding photos, order wedding biscuits and hold a wedding ceremony. The innocent smiles of the mentally challenged people are the most beautiful blessings.

There are 88 intellectually handicapped receiving long-term care in the center, with 11 training for day work. The spatial arrangement here stresses the stimulation of all five senses and mental cognition. It was specially designed to stimulate physical and mental functions of people with intellectual disabilities through sensory integration. In addition, this beautiful environment helps people with intellectual disabilities relax and feel comfortable interacting with the customers.

Innocent Children Receiving Holistic Care
Children Are Us Foundation bakeries become a kind of paradigm. Deputy chief executive, Luo Shu-hsia, indicates that according to recent research, the most wanted job for intellectually handicapped is being a baker. Intellectually handicapped, in fact, have to go through many challenges before they can become a baker, such as adjustment of their living habits. However,？worry is the last thing the Foundation wants to cause. The important thing is to assist in the accomplishment of this task through the service strategy of the Foundation.

In 2012, of the total income of the Foundation, business revenue accounted for 58.47 %, government subsidies 17.87% and public donations 23.66%. To Su, the purpose of creating the Children Are Us Foundation and the affiliated bakeries was to help mentally challenged people, not to develop a social enterprise or promote social welfare undertakings. Regarding both the bakeries and the Swan Castle, the Foundation solves the social problems endured by the first sector with the methods of the second sector and the mission of their sector. He sees Mozi’s “love each other; benefit each other” as the key to his career and emphasizes such a career concerns public interests rather than private ones.

As for whether he has done his work well, Su says it is for the public to decide. He hopes he can choose the right path in the future, continue to break with tradition and innovate, make better use of resources, lead a better life than yesterday, and keep making progress and improving quality of life.

Holding to the saying that “being selfless makes you happy; having dreams and love makes you find peace in your heart,” Su believes 99% of life worries do not exist. He hopes he can move from the care of “birth” and “aging” to the care of “sickness” and “death,” building a better life for mentally challenged people. 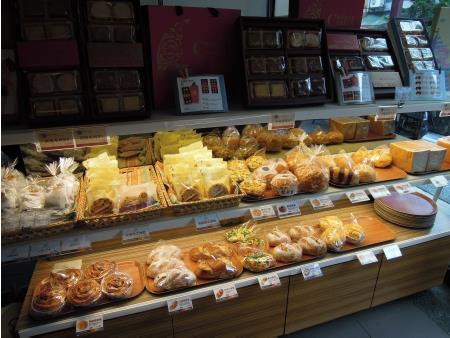 ▲ Mentally challenged people connect with society through bakeries and restaurants. 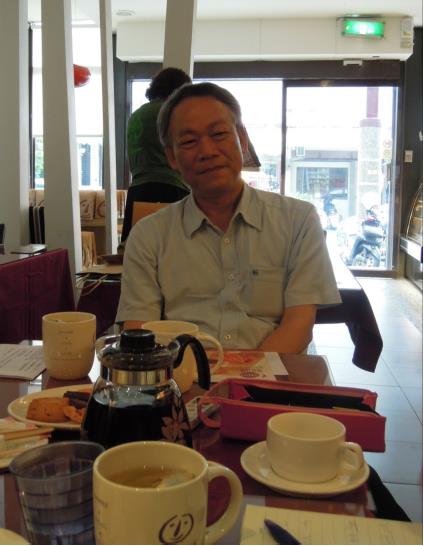