Finding Back the Traditional Craftsmanship and Marketing the Atayal Culture

The Atayal people living on a land between fluvial terraces and gentle slopes of the Da’an River upstream have extraordinary dyed weaving craftsmanship and knowledge as their pride. Nevertheless, due to the prohibition proclaimed by the Japanese colonial government, the inheritance of Atayal weaving skills was once interrupted for years. 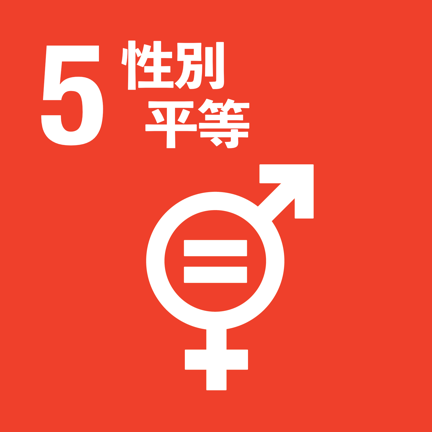 Finding Back the Atayal Craftsmanship and Inheriting the Tribal Culture

The Atayal people living on a land between fluvial terraces and gentle slopes of the Da’an River upstream have extraordinary dyed weaving craftsmanship and knowledge as their pride. Nevertheless, due to the prohibition proclaimed by the Japanese colonial government, the inheritance of Atayal weaving skills was once interrupted for years. Sighed for the discontinued traditional skills and declined industry, Yuma Taru, an Atayal aborigine graduated from Department of Chinese Literature, gave up resolutely her stable teaching job. She returned to her homeland and led her tribe people to revive the Atayal weaving traditions.

In 2002, Yuma established the “Lihang-studio”. From the ramie planting to thread making, dying and weaving, Yuma has always insisted on following the traditional methods and completed every step by hands. Her efforts not only revived the Atayal weaving culture, which was once disappeared for almost a hundred years, but also helped her tribe people to discover the beauty of their origin. To find a new way out for traditional dyed weaving craftsmanship, Yuma established the “Atayal Textiles Research Center”, “Atayal Dyed Weaving Worship” and then “Lihang-studio”, where Lihang-studio is a weaving classroom that teaches tribal women traditional weaving skills.

The Miaoli Native Craft Association (hereinafter shortened as “the association”) was established on the 5th of August, 2002. Its missions include: Passing on the crafts culture of Atayal traditional apparel; implementing relevant cultural research, survey and education; increasing and promoting national and international multi-cultural exchanges; inheriting traditional cultures, and so on. At the moment, the association mainly produces products related to the Atayal traditional dyed weaving crafts and reproduces museum-level traditional costumes; it also segmented the market by its unique techniques and operation concepts, and will head steadily towards its target of becoming a social enterprise.

A Combination of Traditional Spirit and Modern Day Technology

Since the association joined Council of Labor Affairs’ “Multiple Employment Promotion Program (MEPP)” in 2007, its development program of the Xiangbi Village Dyed Weaving Crafts Park was becoming even more stabilized; in the mean time, the Da-an River basin also gradually becomes an area that develops the Atayal traditional dyed weaving crafts, where the association has integrated the traditional spirit and modern day technology to create a new culture and lifestyle.

The association has combined the government resource and “Multiple Employment Promotion Program” to promote the Atayal dyed weaving culture. The Multiple Employment Promotion Program not only offers people a stable job, but also helps these employed personnel to understand the importance of cultural inheritance and invites more people to join the team of reviving the aboriginal culture. In this way, both the glory and culture will be able to pass on to the next generation. As the matter of fact, the association has promoted the Atayal culture from the operation and management aspects that, no matter in research and development, management or marketing, it has its own strategies to successfully present the Atayal culture in the modern day society.

The association also continues to participate in national and international dyed weaving crafts exhibitions to increase overseas orders, so that it can stabilize its income and gradually head towards its target of being financially autonomous. Besides, in terms of assisting employees in empowering their vocational capacities, the association has, guided by its craftsmen, taught these employees every technique and design concepts while assisting them in acquiring the certificates.

In terms of environmental friendliness, the association has done its biggest effort on developing the local and aboriginal cultures: Apart from using its profits to establish the S’uraw Ethnic Culture School(色舞繞民族文化學園) and offering disadvantaged tribes the pre-school children caring services, the association also trains seed-teachers to inherit the Atayal tribal culture and promotes local employment directly to enhance tribal women’s economic capability. Besides, the association also breaks through the tradition to combine the traditional folk crafts with digital knowledge and design creativity to enhance the visibility of its brand on the international stage; on the other hand, the association has cooperated with the public sector and private organizations such as Taiwan Textile Federation, Taiwan Textile Research Institute and Fu Jen Catholic University to co-develop household goods, home and furniture textiles, costumes, ornaments and other products featured with aboriginal styles to fully implement and carry out creativities.

The association has dedicated itself to promote and market the Atayal culture. It has combined traditional ethnic crafts with digital knowledge and design creativity, and developed a cultural economy, which has helped to build Atayal people’s ethnic confidence, opened a door for traditional culture, and improved tribal people’s economy and life.