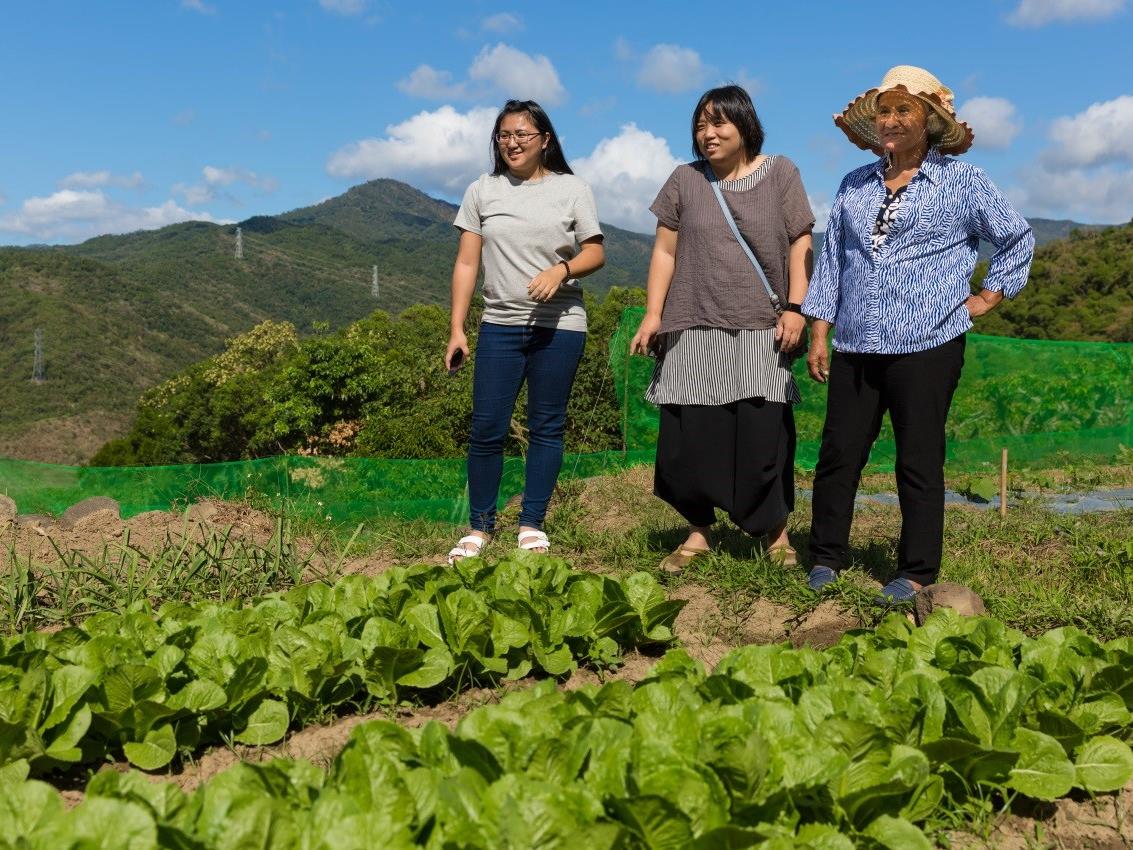 An Interview with Kim Hui-Wen, Secretary-General of Association of Taiwanese Indigenous Peoples’ Development

The vegetables, grown well all over the mountain, are the results of Vuvu’s hard work. Such natural, fresh, and sweet vegetables and fruits can only be grown in an environment with a large temperature difference between daytime and night, plus enough sunshine and clear water. Now, click your mouse and you can enjoy the tasty, fresh produce delivered to your house regardless of where you live in Taiwan. 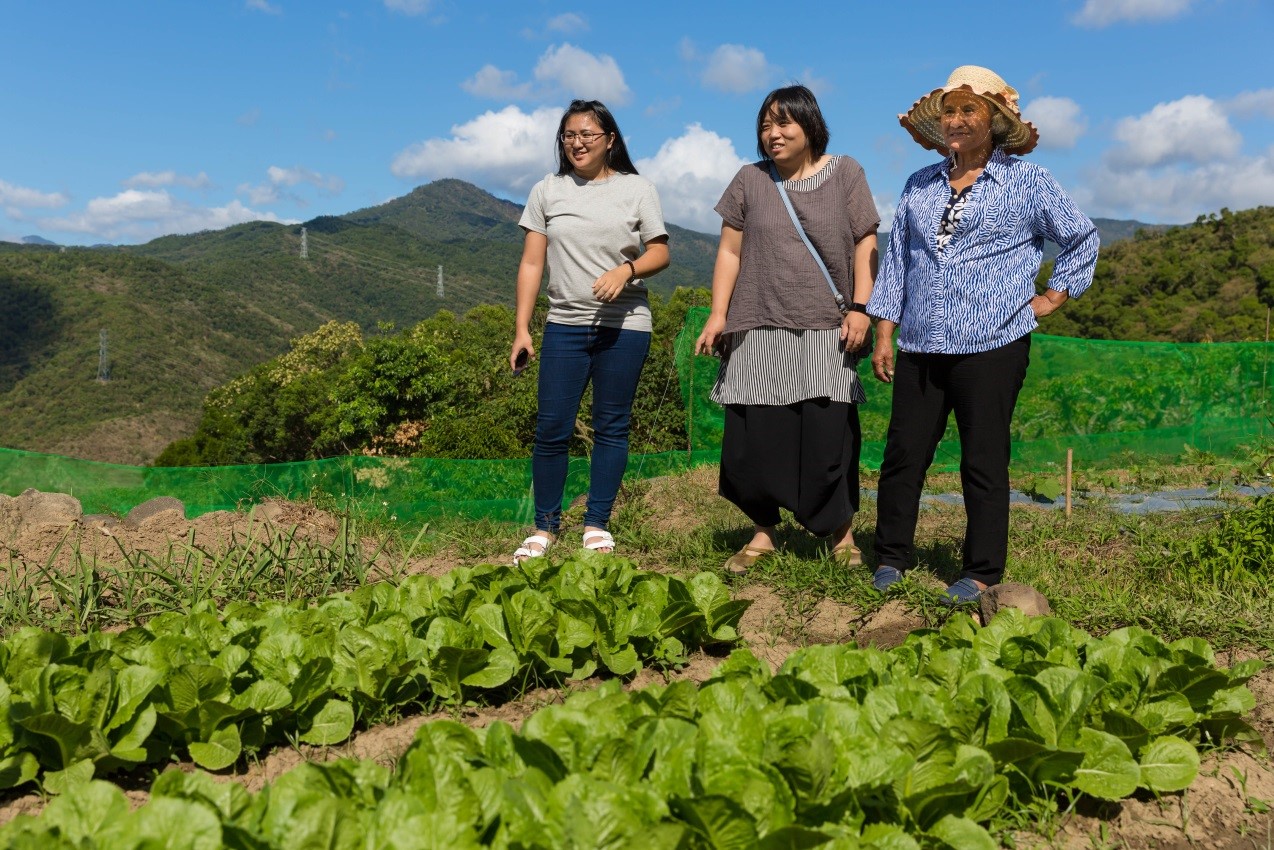 Kim Hui-Wei insists on going to all places where vegetables and fruits are grown to ensure quality. (photographed by Yuan Ting-Yao)

Travel around Taiwan once every month is the routine for Ms. Kim Hui-Wen, the secretary-general of the Association of Taiwanese Indigenous Peoples’ Development. She and her colleagues in charge of purchasing and marketing would travel in the mountains of Taiwan to scout around for quality produces from indigenous tribes all over Taiwan.

Ms. Kim insisted on meeting farmer friends personally for years. Because she is the mediator that safeguards the quality of all products in the production and marketing process, it is her responsibility to ensure food safety and product quality.

The Power of the farmer’s Cooperation

After the 921 Earthquake, Ms. Kim was brought to the disaster area in central Taiwan by accident. Later, she and her friends established a restoration association in the disaster area to promote education for “Indigenous Tribe University”. During the process of working closely with people in the tribes, Ms. Kim discovers that economy is vital to the restoration. Therefore, she co-founded the Association of Taiwanese Indigenous People’s Development with her friends in 2002. They implemented programs commissioned by the government as well as helping with the marketing of produce from tribes.

Yet, it was in 2003 when the association applied for the Multi Employment Promotion Program and arranged professionals to help with marketing for the grape production. During the process, Ms. Kim notices that with the professionals, Bunun farmers were able to organize themselves, learn and observe from each other and ultimately achieve impressive sales performances for their grapes. Such a successful experience laid the foundation for the association to step into the marketing of organic agriculture.

However, to promote agriculture requires stable and effective sales channels. In 2005, with the support of Multi Employment Promotion Program, the association was made up of three major parts including offline sales, packages of vegetables and fruits, and on-site inspection for produce. They established “Tribal e-Shop” as the main platform to connect with consumers.

Because the association was optimistic about the market potential of tribe organic vegetables, they took over a company that marketed vegetables from indigenous tribes in 2007. By copying their successful experience and combined it with Tribal e-Shop platform, the association official started the marketing for organic vegetables and fruits from indigenous tribes with fair trading and direct sales models.

A Product Platform for Indigenous Tribes in Taiwan

When it comes to sales, traditional farming in tribes can never be against conventional farming. In 2011, the association organized the “Organic Alliance” program commissioned by Council of Indigenous Peoples. They needed to finish the certification of a total area of 100 hectors organically within its ten-month implantation, allowing the association to enter the so-called “cross-tribal” integrated marketing mode from “marketing single place”. They understood more about what the “organic agriculture” in the tribe keep it unique in the market.

The feature of the program adopted the concept of “manors” (divided by areas) to integrate resources of small-scale farming from tribes in northern, central, southern, and eastern Taiwan. Besides helping those farmers transform into organic agriculture, the program made “Tribal e-Shop” as a sales platform for tribal organic produce in Taiwan.

Currently, there are 60 farmers with a total of approximately 130 hectors of farmlands working with Tribal e-Shop. It is the oldest vegetable and fruit production and marketing platform with the largest number of tribes joining. Every month, a total of 5 tons of produce from tribes all over Taiwan will be delivered to the distribution center in Banqiao District, New Taipei City. All produce will be distributed to the brick and mortar stores, cooperating markets, wholesalers or buyers directly after being properly washed and packaged. 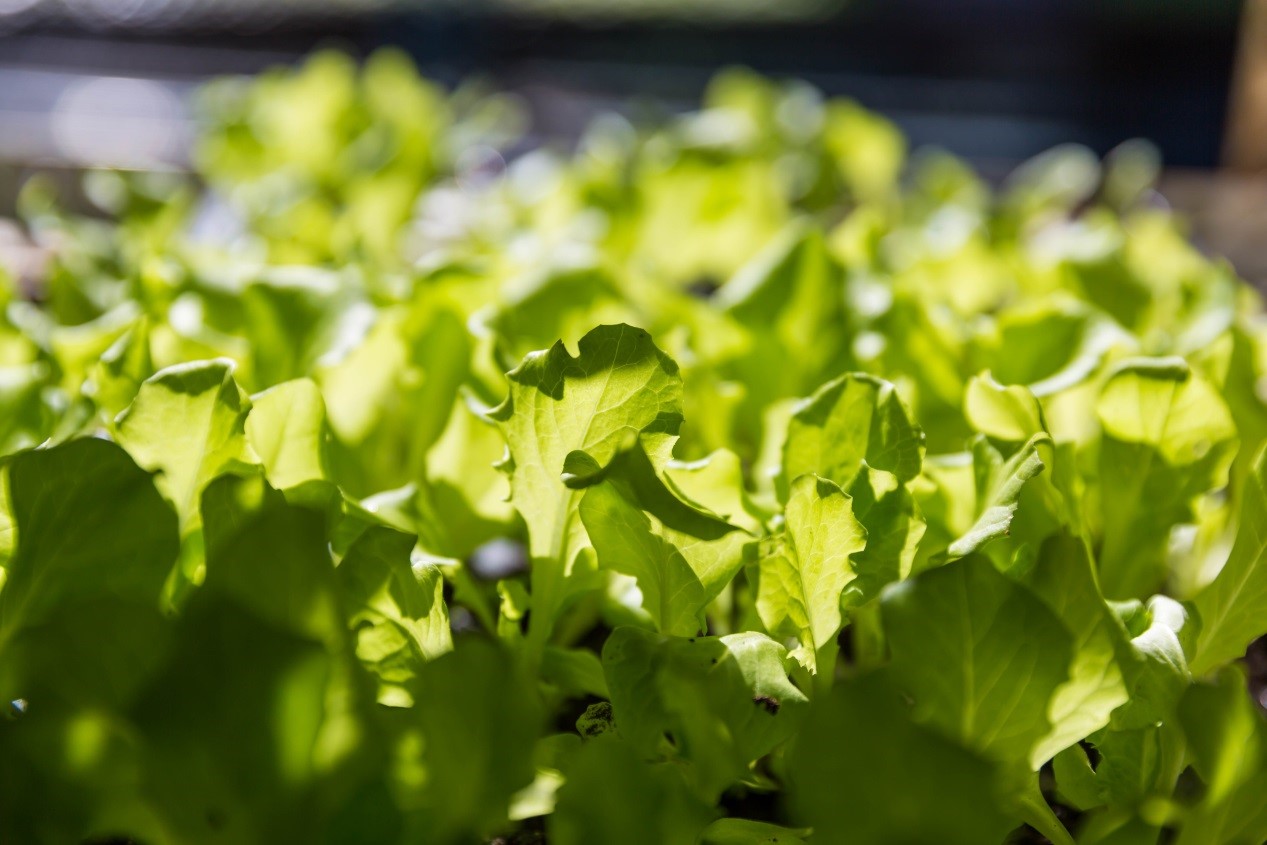 Organic vegetables are grown by tribal farmers working with the association.

The experience of promoting the Organic Alliance advocated “Tribal e-Shop” to obtain the organic certification of Participatory Guarantee System (PGS).

To connect with the indigenous people, the association set up one professional inspector in each branch of Hualien, Hsinchu, Nantou, Chiayi, and Pingtung to help the local farmers with skills upgrade, and obtain organic certification since 2014, when the association applying for the Empowerment Employment Program. Those inspectors even kept an eye on order status as well as the quality.

Ms. Kim and all her co-workers scattering all over the country helped dozens of farmers in the tribes pay fees of organic certification and do excessive paperwork for application to organic certification. Meanwhile, the association offered assistance in skill upgrade and guarantee to purchase the organic produce. With all the help, the platform was finally certified by the international certification organization in 2017. It is the only sales platform obtaining PGS in Taiwan, an important supplier of vegetables and fruits to school organic days, cooperative markets, home-delivery orders, and organic wholesalers.

Ms. Kim considers the association, the role of between producers and consumers, helps farmers in the tribe to make the conversion from convention to organic farming, satisfying the market demands as well as creating a diversity of produce available on the market. This is the win-win situation brought by PGS certification. 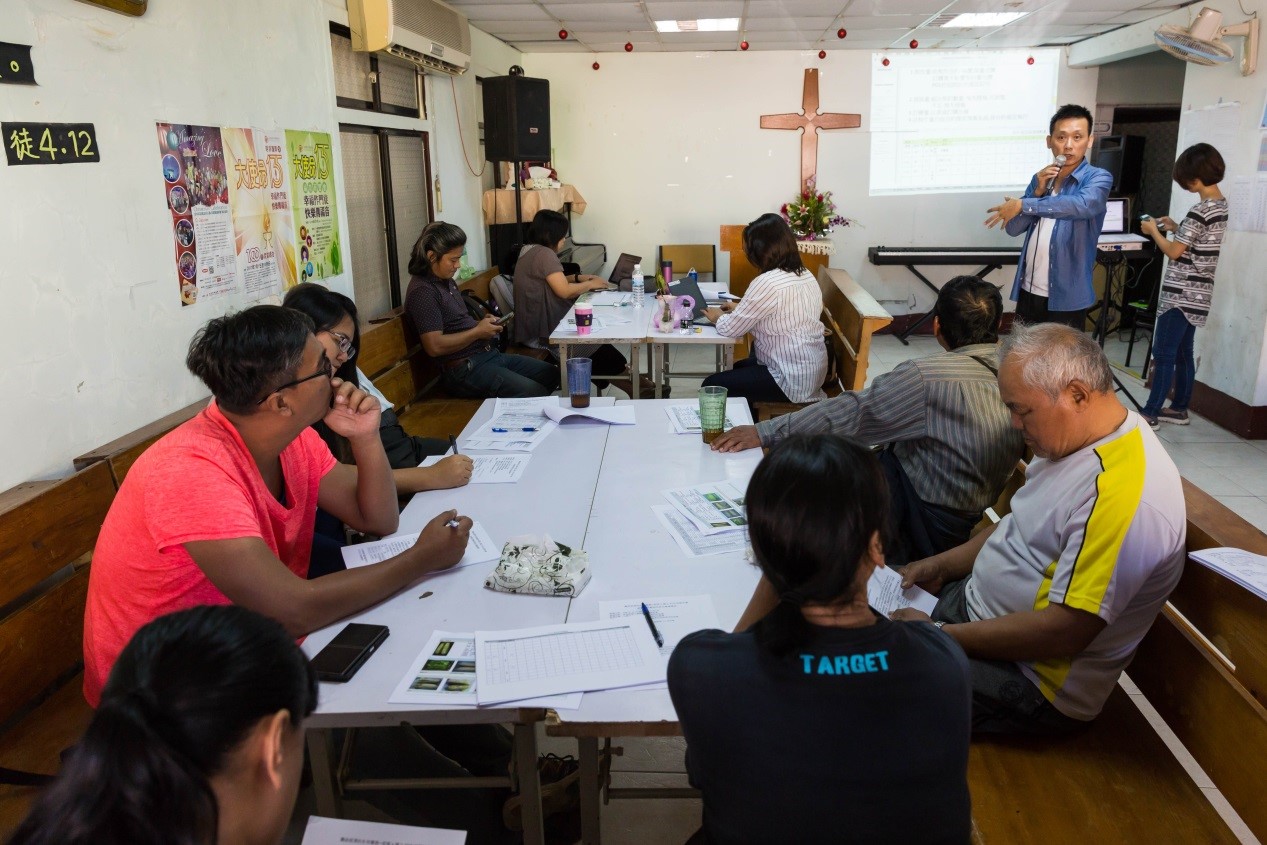 The association brings the latest feedback from the market to help farmers improve their growing efficiency.

Hold Meetings Regularly to Connect with Farmers and Consumers

In November 2017, at the meeting promoting PGS, everyone was troubled by this question: Why their root and tuber crops with “large size and great quality” were not popular in Taipei market?

For this reason, Ms. Kim brought a marketing expert to the meeting and told the attendants what vegetables people in Taipei like. “Cucumbers don’t need to be too long.” “They prefer carrots in smaller sizes because the sizes are just right for nuclear families.” All the valuable first-hand consuming experience is brought to the farmers from the cities directly. They were busy taking notes. They would later fine-tune their farming to reduce experiments. 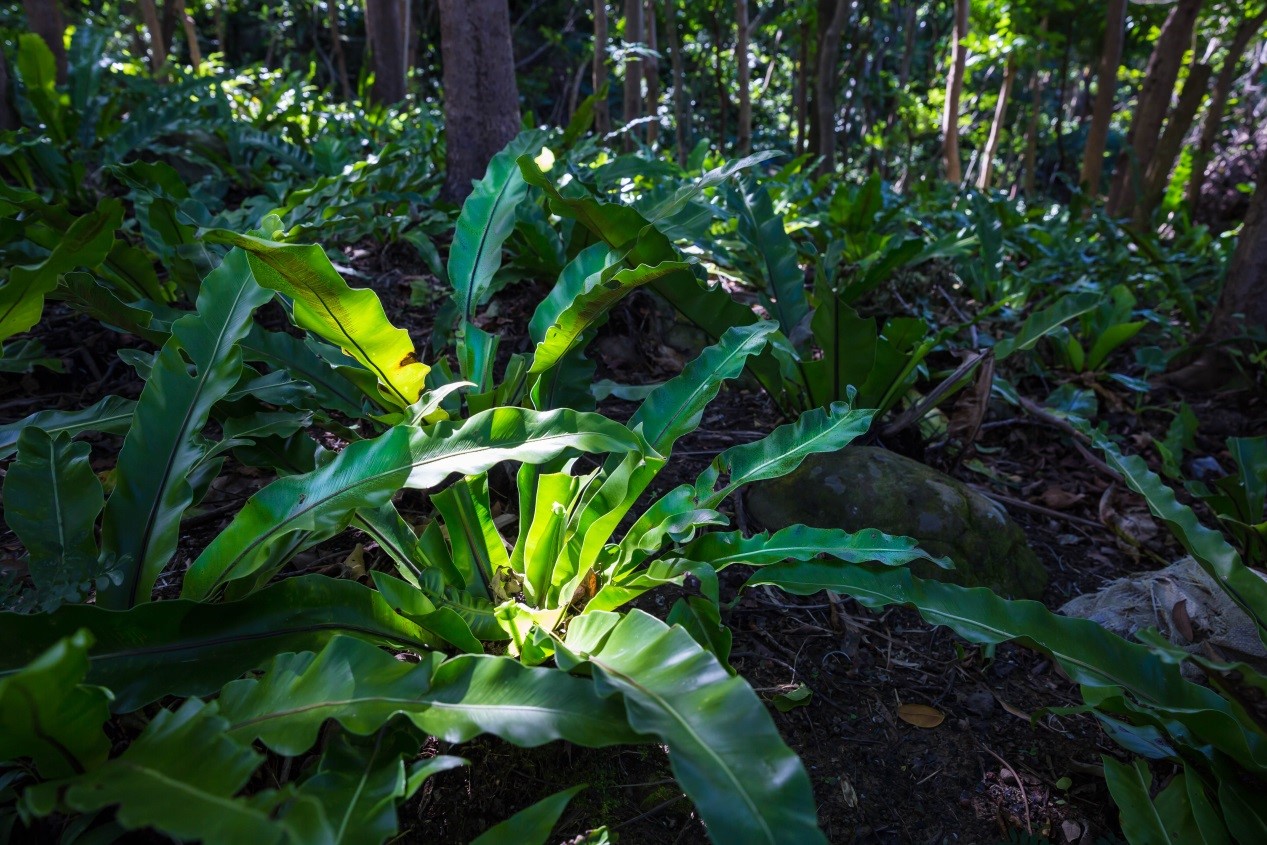 Wild birds-nest ferns from the Shizi Township, Pingtung County are very popular with housewives in Taipei. (photographed by Yuan Ting-Yao)

In addition to reminding farmers about the items and the appearances, the team also discussed targeted production volume and planning schedule in the future with them. After the detailed discussions, both parties reached an agreement, and new contracts were signed to guarantee the rights for both sides as well as stable production volumes. Since then, farmers in the tribe would remind each other, oversee the farming, and supervise the produce quality through texts and photos on their own Line group. Even questions like how to choose a delivery service, or reduce the attrition rates for fragile produce, everyone is more than happy to share their experience.

On behalf of the association, Ms. Kim attended the International Social Enterprise Forum in Milan, H.K. and New Zealand for 3 consecutive years since 2015. Especially the forum in Christchurch, New Zealand, the locals included many links from different industries adopting the concept of “environmentally friendly” as much as possible on the restoration after a disaster. At the meantime, innovative methods were introduced to resolve problems in the disaster area. The case in Christchurch shares the same goal with the experience of the disaster restoration as well as agricultural produce by the association.

She thinks the supports from the Multi Employment Promotion Program and the Empowerment Employment Program of the Ministry of Labor allow the association to actually connect with the local farmers and help them to explore new values for their produce. This is the most effective way to realize the spirit of social enterprises.

In recent years, the competition in the market for organic produce is getting tough. In the future, Tribal e-Shop will put its focus on “Food and Agriculture Education”, strengthening the promotion of indigenous-spices produce such as birds’-nest-ferns of Paiwan tribe, beans from Bunun tribe in Nantou, and wild, edible herbs from Bunun tribe in Hualien. The constant goal for the association is that farmers in the tribe can grow the traditional crops happily and that consumers may get rid of their dependency on conventionally produced food and enjoy the fresh featured produce from tribes.

Different from traditional organic certification, PGS is a certification system that emphasizes the interconnectivity and overseeing among three parties that are producers, consumers and production and marketing platform. It is a pattern where farmers do self-management, consumers purchase directly from the farmers in the tribe and the production and marketing process is clear. Since 2013, it was initiated and promoted heavily by IFOAM. Tribal E-Shop is the only sales platform that obtained PGS in Taiwan.